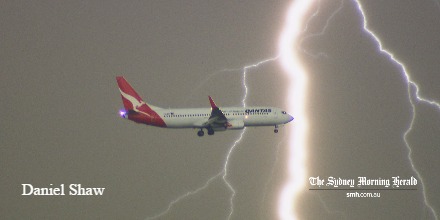 Most of the action this week has been across the Tasman – while we’ve been seeing some nourishing spring rains and brisk winds, parts of Australia have been battered about, with thunder, lightning and widespread power cuts in two of their largest cities.

Let’s start in Australia, where tens of thousands of hectares of crops in Western Australia were wiped out by a hail storm just days before harvest last weekend.
The storm brought strong winds and hail up to three centimetres in diameter when it swept through Newdegate, 250 kilometres west of Esperance, on Saturday night and early Sunday morning.

New South Wales was next in the firing line, as emergency crews in Sydney were kept busy restoring power to homes and businesses after a severe storm swept through the state.
Late on Tuesday night, the Bureau of Meteorology (BoM) issued a severe thunderstorm warning with damaging winds, while fire and Rescue NSW said firefighters had been kept busy with more than 60 incidents caused by wet weather and lightning strikes – including a person struck directly by lightning.

And finally it was Brisbane’s turn to see some nasty weather, as thousands of properties were left without power and trees came down during a storm ahead of the peak hour rush on Thursday evening.
Trees toppled over in a number of inner-Brisbane suburbs as wind gusts, up to 90 kilometres per hour rattled the city – with Energex saying at 7:30pm about 3,500 homes were without power in the south-east.

Staying in the Pacific region, and Papua New Guinea is feeling the pressure after suffering through severe droughts and frosts in recent months, with a state of emergency declared in the Southern Highlands and Enga province.
El Nino has been blamed for the extreme weather conditions and PNG’s National Weather Service warned the El Nino phenomenon is expected to last until March 2016.

El NiÃ±o is on everybody’s lips at the moment, and this week saw new maps, showing how the 2015 El Nino is shaping up to look a lot like a strong event that occurred in 1997-98 that was dubbed a “super El Nino”.
The latest analysis from NASA and the National Oceanic and Atmospheric Administration comes from altimeter readings of sea surface heights in the Pacific Ocean.
Check out the animation of the El NiÃ±o map, below.

Back on home soil, the Taranaki region was shaken by a relatively strong earthquake on Thursday this week, with a magnitude 4.8 quake striking 20 kilometres north of the coastal town Opunake, at a depth of 15 kilometres.
Rahoto resident Pam said it was one of the worst quakes she’s felt in a long time.
“It started and we had a street cleaner working over the road and I though it was him. But then it hit with a big bang, and I thought ‘Nope, under the table’.”

And don’t forget to get the low down on your long weekend with our holiday weather forecast, here – as well as check out what’s ahead for the rest of October (hint: it’s gonna stay windy!), as well as voting in this week’s poll!