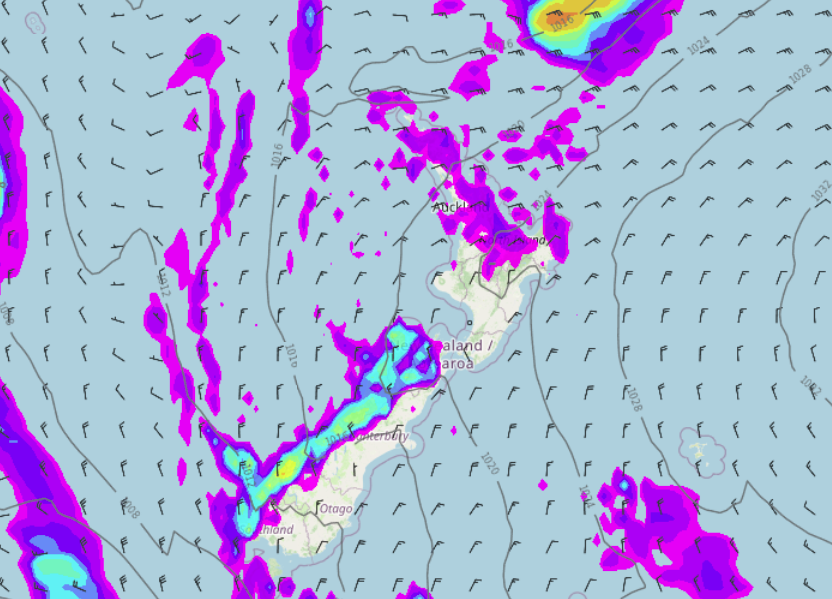 A north to northeasterly airflow lies over New Zealand today with showers or rain in the west, dry warm weather in the east.

Southland & Otago
Sun and some thickening high cloud, rain develops in the evening or overnight for Southland. Light north to northeasterly winds.
Highs: 21-22