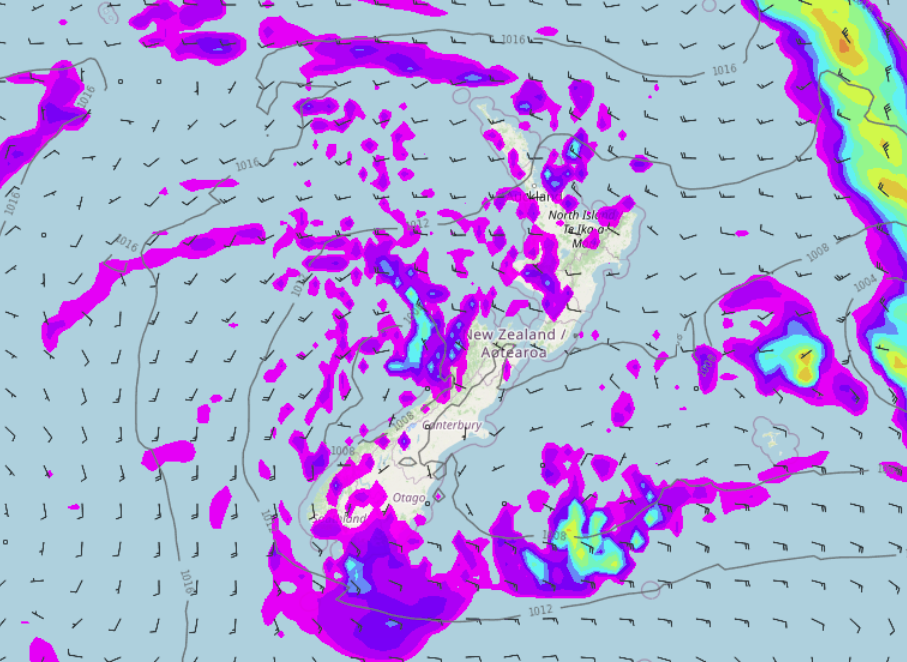 A broad area of low pressure is bringing showers to western parts of the country today, also the far south. Still moist air may bring some low cloud or fog to the eastern South Island.

Northland, Auckland, Waikato & Bay Of Plenty
Cloudy areas and a few showers. Bay Of Plenty may not see showers till afternoon. Dry spells developing in the evening.
Highs: 17-18

Eastern North Island
Mostly sunny, there may be some high cloud for a time. Light winds.
Highs: 15-19

Marlborough & Nelson
A mix of sun and cloud, Nelson and the Marlborough Sounds may see a shower or two afternoon / evening. Light winds.
Highs: 13-15

West Coast
Mostly cloudy with showers, easing during the day. In the evening conditions may start to dry out a bit. Light northeasterlies.
Highs: 12-14

Southland & Otago
Patchy rain or showers, picking up from evening as light easterlies tend to the south.
Highs: 9-11