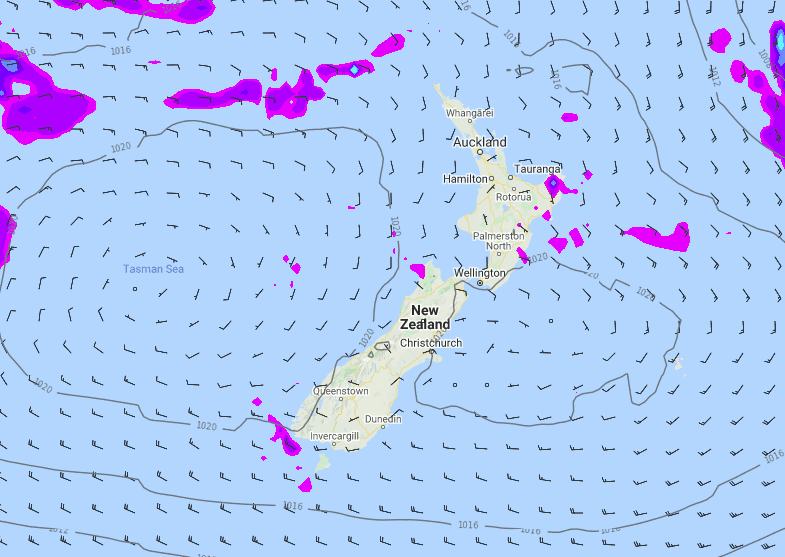 Mainly dry today but there could be a light shower or drizzle patch for some in the east. No strong winds today and temperatures in the high teens or early twenties for most.

Northland, Auckland, Waikato & Bay Of Plenty
A mix of sun and cloud, light southwesterlies. Cloud may thicken up about Bay Of Plenty in the evening bringing the odd light shower. Afternoon northeasterlies for the Bay Of Plenty.
Highs: 22-23

Eastern North Island
Cloudy areas with a shower or two, light southwesterlies tend to the east in the afternoon. Not tending easterly about Gisborne till evening.
Highs: 20-21

Canterbury
A mix of sun and cloudy areas, chance of a drizzle patch or light shower otherwise mainly dry. Light winds tend east to northeast in the afternoon.
Highs: 17-20

West Coast
Mostly sunny, there may be some cloud morning and night. Light winds tend to the west in the afternoon.
Highs: 18-22