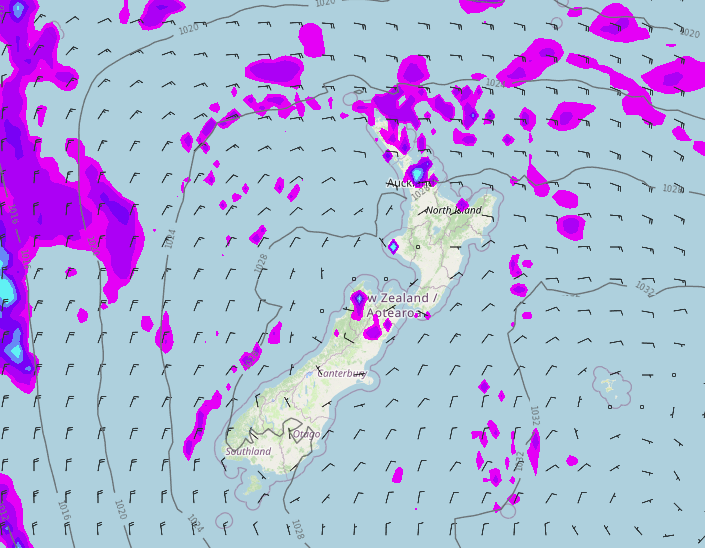 A high pressure system continues to lie over New Zealand today, the centre of the high is out to the east. Conditions are mainly settled with areas of morning fog breaking to sun. A few showers continue for northeastern parts of the North Island.

Northland, Auckland, Waikato & Bay Of Plenty
Partly cloudy skies with a few showers, especially from late morning north of about Tauranga. Easterly winds. Waikato and eastern Bay Of Plenty has mainly sunny weather with after fog breaks away.
Highs: 19-21

Western North Island (including Central North Island)
Morning low cloud or fog then breaking to sunny spells, chance of a shower in the afternoon for Taranaki. Light winds.
Highs: 17-21

Wellington
A mix of sun and cloud, cloud may be thicker in the morning. Northerly winds.
Highs: 19-22

Marlborough & Nelson
A mix of sun and cloud, some morning fog possible inland then breaking away. Light winds tend to the north to northeast in the afternoon.
Highs: 19-21

Canterbury
Low cloud or fog on the plains then afternoon sun, low cloud may hang about the coast in some spots then thickening again at night. Mostly sunny elsewhere (mainly inland) from morning. Light winds tend east to northeast after midday.
Highs: 17-18