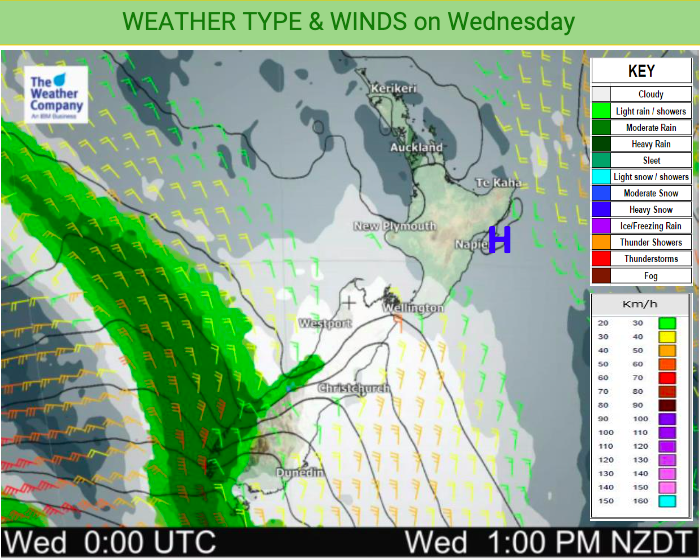 Winds ease in northern NZ today but return to the South Island and Wellington/Cook Strait area.

A storm in the Southern Ocean is the reason why gales are moving back up the South Island.

Big seas and dangerous waves will also be pushed into around the South Island across tomorrow, Thursday.

To drill down deeper don’t forget to check your HOURLY forecasts.

Here are the regional forecasts for Wednesday

Eastern North Island
Variable winds due to high pressure although northerlies more likely in Wairarapa while Sou’Easters fading are more likely in Gisborne and Northern Hawke’s Bay. A mix of sun and cloud.
Highs: 17-21

Wellington
Cloudy or becoming cloudy once again with strong North to NW winds developing, possibly gusting 80 to 100km/h later on.
High: 13 or 14