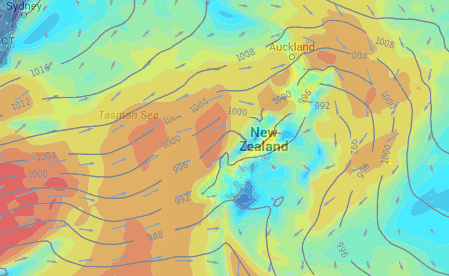 Tuesday is looking like a chance for most of the country to catch its breath after a hectic week in our weather – though there will still be a need to brace yourself in some areas.

The Cook Strait faces a risk of gale force winds, west to northwest winds will blow strongly through the day – as they will in some other parts of the South Island, but not until this afternoon. Northwesterlies will become stronger as the day goes on, particularly in the South Island’s inland river gorges and exposed places, but these will ease later in the evening and overnight.

The West Coast is looking at another wet day, with rain through most of the day and falls potentially becoming heavy in the late afternoon and into evening.