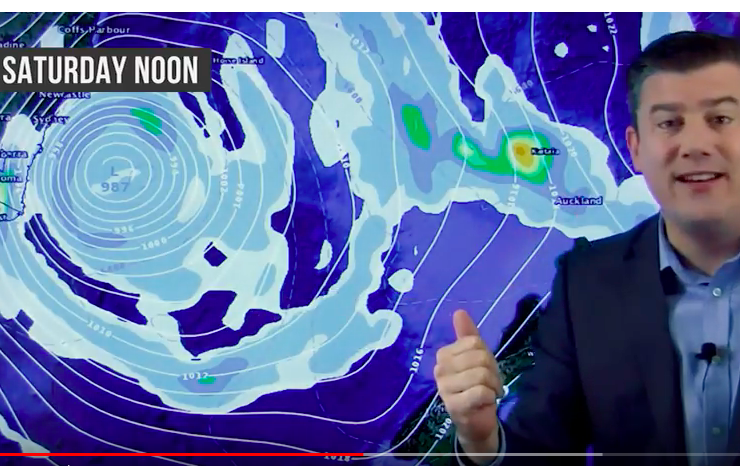 The largest wave ever recorded in the Southern Ocean, a storm in the Tasman Sea and heavy sub-tropical rain – just some of the thngs we touch on in todayâ€™s weather video.

We cover the big wave captured by MetOcean following a big storm south of New Zealand on Tuesday, we then focus on the next storm – one in the Tasman Sea.

This one will mainly impact Australia but will bring quite heavy rain into the North Island this weekend. Next week that same low in the Tasman Sea drifts over New Zealand at some point and should be weakening – but next week is quite a complicated forecast due to this large low which is unlikely to strengthen further from this weekend but may linger for a week with high pressure surrounding it.