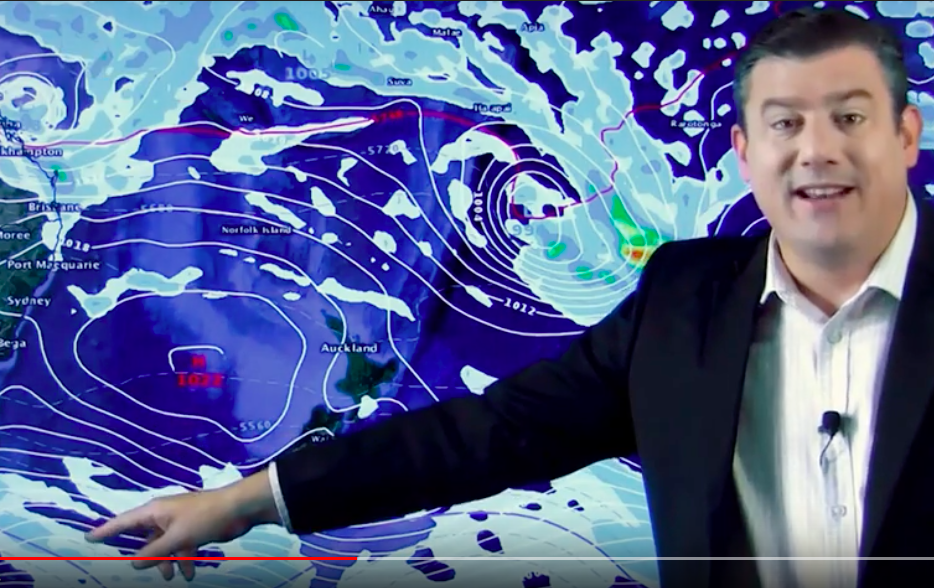 A westerly airflow across New Zealand today will encourage more late summer-like temperatures in the east of both islands, mainly the North Island.

In fact afternoon highs on Wednesday in Hawkeâ€™s Bay could be over 8 degrees above average. Cyclone Iris, category 2 when we made this video, remains in the Coral Sea bringing rain to Queensland while Cyclone Josie is no more, the low is now an ex-cyclone.

High pressure dominates much of New Zealand until the weekend when a southerly change hits. By early next week highs could be as low as 8 degrees in parts of the lower South Island with snow expected on the mountains of both islands.

There may also be another tropical cyclone directly north of New Zealand one week from now. A busy Autumn time!