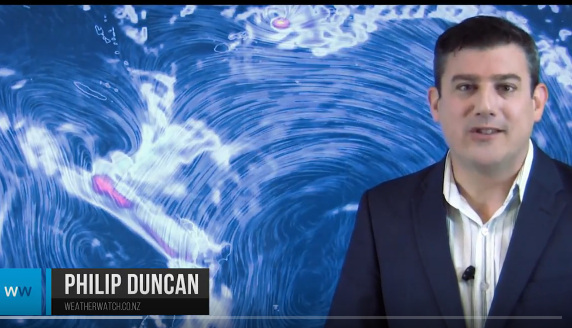 Donna is no longer a cyclone but the energy left over from it is coming our way and a new low pressure system will form north of the North Island and track very close by over the next day or so. It may even cross some regions.

This is not a cyclone and today is no longer even a storm – but it will deepen as it comes in tonight and over Friday with winds increasing and a chance for gales in some areas. Rain is the main feature in our view and flooding is therefore a concern due to the tropical nature of this system. For the most part itâ€™s the North Island that is exposed to the remnants of Donna.

A large high either side of this low will also put the squeeze on, encouraging stronger winds as the low tracks by.