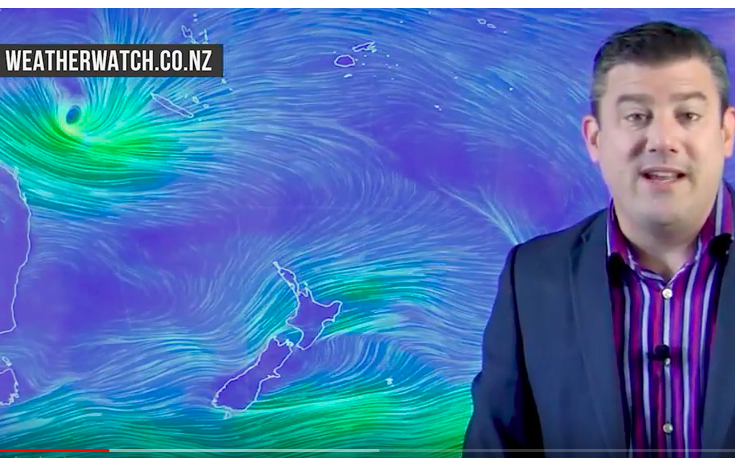 The next five days ahead are busy with a short lived tropical cyclone named Linda to New Zealandâ€™s north west, two storms in the Southern Ocean and two large highs crossing both islands.

None of these storms will directly hit New Zealand but Lindaâ€™s remnants may bring in some showers and humidity to northern NZ either this weekend or next week for a time.

The storm in the Southern Ocean this week will brush the South Island bringing some rain and wind with a colder change by Friday.

Another low in the Southern Ocean next week brings more wind and rain and another colder snap to the very south. Easterlies dominate northern NZ next week.