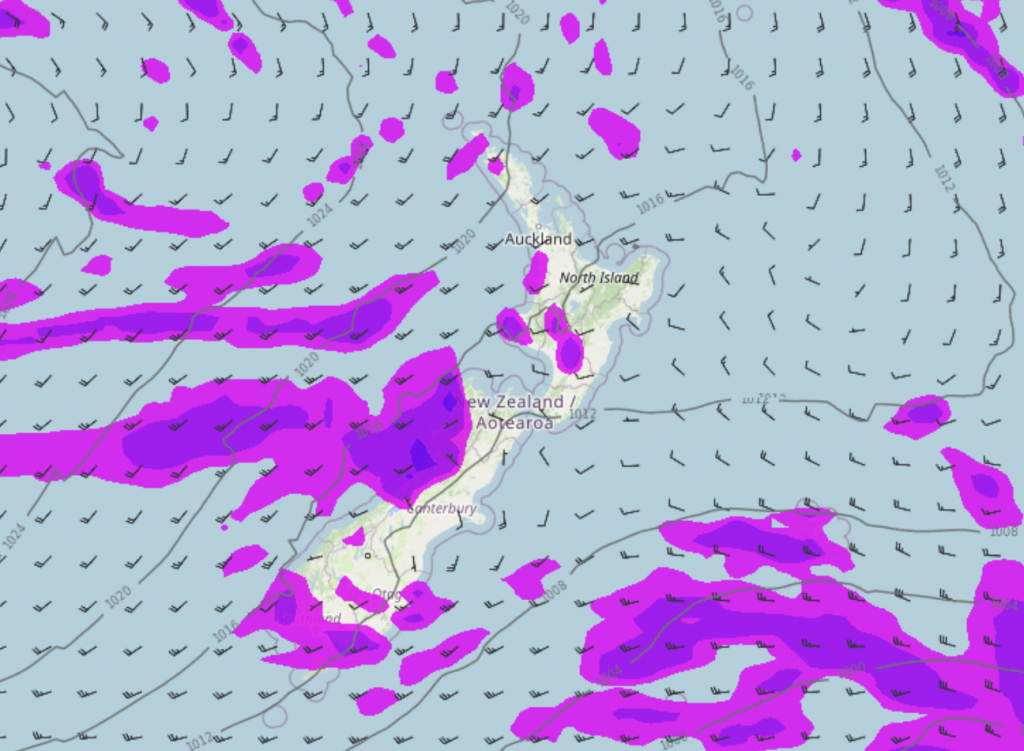 
COLD FRONT STILL DUE ON SUNDAY

A cold front is likely to push northwards over New Zealand during Sunday, there will likely be some rain for the West Coast and far south of the South Island then easing to showers once the front moves through. The western North Island has a showery day with southwesterly winds, perhaps some rain for a time later in the evening or overnight as the front moves in. Showers get into the likes of Canterbury from afternoon also after a dry morning.

Nelson and Marlborough have a dry day, mostly sunny too although there could be some high cloud. Also the eastern North Island has a great day with light winds and temperatures in the late teens or early twenties.