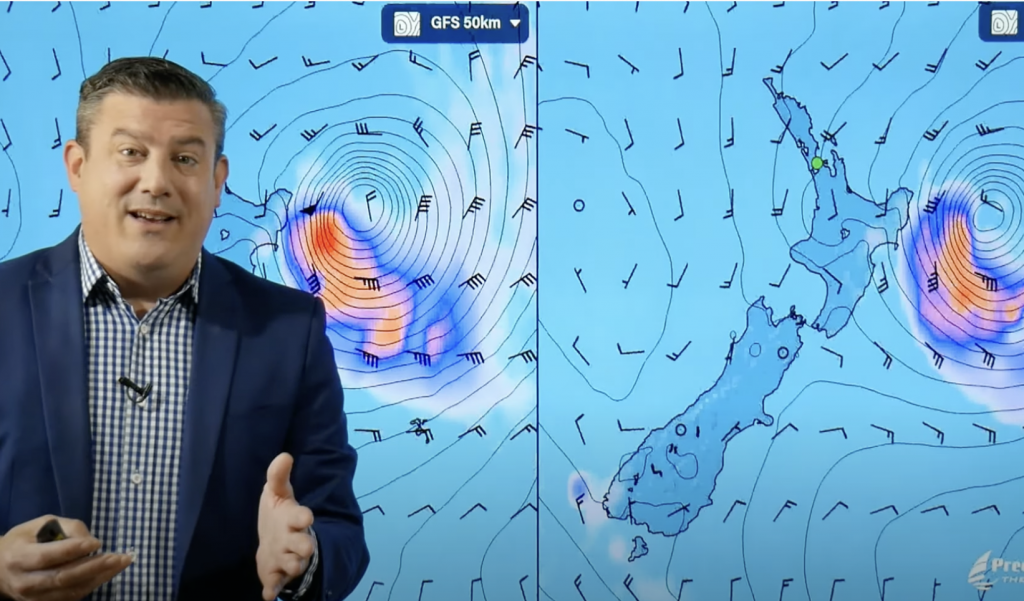 We have the latest on Ex-Tropical Cyclone Cody (which is still a storm) as it tracks very close to New Zealand’s North Island on Monday, churning up the sea from Northland right down to Canterbury, even Otago.

But most impacted – by the sea and by the air – will be Gisborne and East Cape and Hawke’s Bay, although most eastern beaches across the North Island will see bigger waves and more dangerous rips and currents.

The slightly more eastern tracking will mean drier weather carries on for many in the North Island – great for holidaymakers but bad news for farmers, gardeners and those who rely on rain water as Cody was supposed to bring some relief to the entire upper half of the North Island and this now looks quite unlikely.

Unless there is a significant change to Cody’s tracking our next video update will be on Monday morning. We’ll have a news and maps update again on Sunday morning for Cody though at WeatherWatch.co.nz/RuralWeather.co.nz and in the news menu in our free App.

Thank you for calling Cody an Ex tropical cyclone