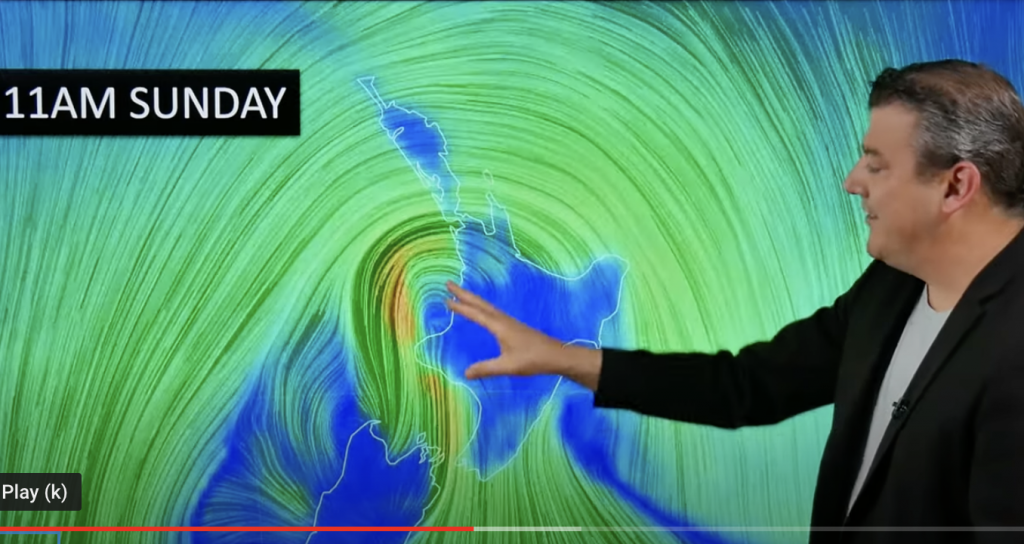 Ex-tropical cyclone Dovi is about to make landfall in the North Island, somewhere around North Taranaki and Waitomo either late morning or around lunchtime today/Sunday.

This is bringing a damaging surge of westerlies into Auckland City and also parts of Waikato, Coromandel Peninsula and Northland until early to mid afternoon.

Meanwhile southerlies blast into Wellington, Cook Strait, Taranaki and maybe Whanganui. The southerly blast will later move up Wairarapa and coastal Hawke’s Bay, as it started to ease on the western side and in Auckland.

We have a special update as we track the hurricane force winds associated with Dovi on Sunday + rain falling in the upper South Island (along with some snow!)

Thanks for your monthly forecasts. Ken Ring predicts another storm more major than Dovi coming in March…do you have any indication yet as to which week in March it may be if any…I’d rather take notice of your forecasting

Thanks Phil, an early start for you this Sunday but the result was an excellent update on Dovi. Thanks for your efforts here.
Up here in Whangarei we are enjoying the winds with strong gusts but only slight rainfall. Just gives me a big clean up job once they die away.