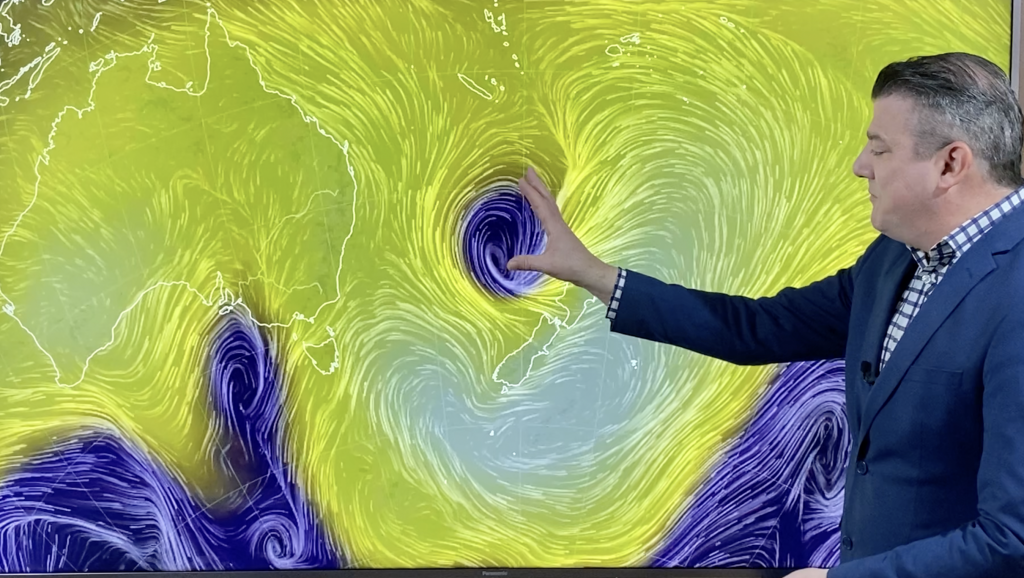 NZ has pockets of severe weather to kick off this week with heavy rain and slow moving gales spreading down the country from the north. The low will fall apart in the NZ area over the coming 48 hours but brings plenty more rain.

Australia has a weak low brushing the SE corner then a mostly settled week ahead with high pressure over many states but windy westerlies brushing the southern coastline.

It’s these windier W to SW winds that will move into the NZ area later this week and into the coming weekend.

no weather update for 25th july like seeing them so accurate