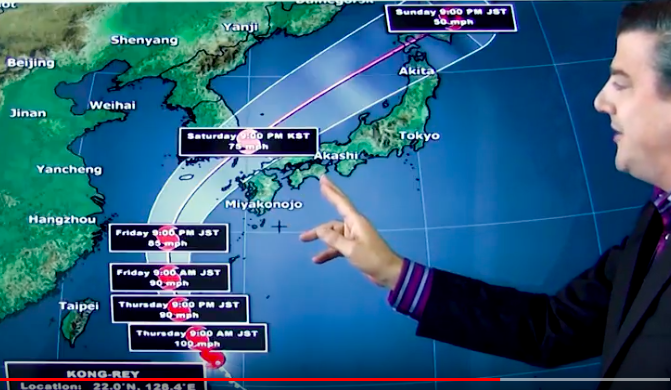 A low north of New Zealand with tropical connections is bringing some rain to Northland today but is unlikely to go much further south, although showers are possible in Auckland, Waikato and Bay of Plenty later today.

In the lower South Island a cold front approaches with some rain and showers. Over the next few days there are a few showers here and there, mostly in coastal fringes but a few inland showers may also develop.

Thereâ€™s a fair bit of high pressure this weekend but by Wednesday weâ€™re into typical spring weather with strong winds, sun, warmth and even wintry southerlies.

We also head to the Northern Hemisphere with three large storms in the Pacific Ocean, one of them called Typhoon Kong-rey is approaching Korea and Japan this weekend, we have the latest.