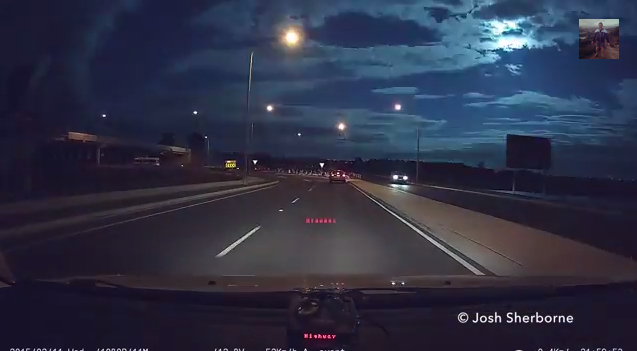 A very bright meteor (shooting star) or meteorite (one that hits the surface) lit up the night skies over New Zealand just after 10pm Wednesday night.

YouTuber Josh Sherborne posted the video below, showing what appears to be a meteor in the skies over Tauranga as he was on his way to the gym.

“I actually thought it was Lightning. Pretty cool to have seen it happen little ol’ New Zealand..” He wrote.

While reports of the flash of light have been natinowide, there seems to be a theme of reports about sonic booms from the Waikato/South Auckland area especially – read the many reports still coming in – you can add yours here.