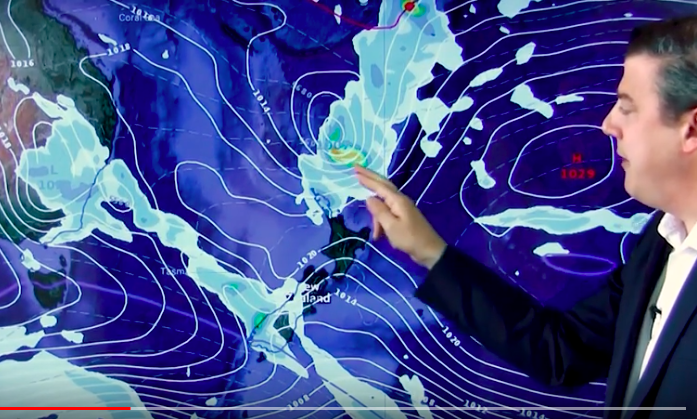 The remnants of an out of season, short lived, early tropical cyclone have formed into a new low and will brush past northern New Zealand over the next two days. Latest data suggests itâ€™s not a storm and that 95% of it will remain offshore, but it may bring in some cloud, swells and showers to Northland and perhaps East Cape area. In fact there may be a burst of heavy rain brushing a part of Northland.

The general trend around New Zealand is that of a drier one – in fact it appears Novemberâ€™s warmth and dryness has already arrived. But weâ€™re not out of the wintry woods just yet – a cold nationwide southerly looks likely for mid to late next week.

We also head back to Japan where their third major typhoon in a matter of weeks is on the way for later this week.