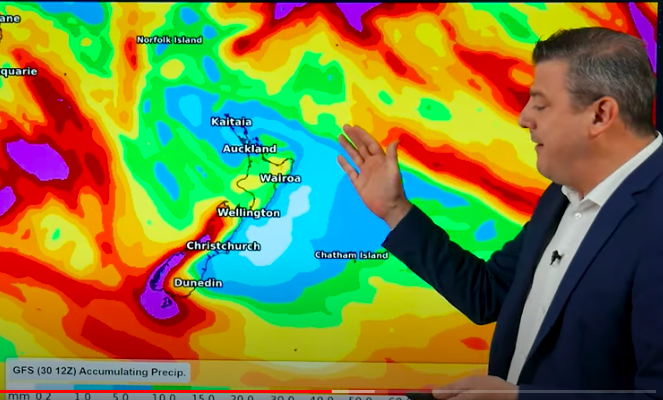 La Nina is here – but will it even impact New Zealand? In our latest monthly climate update we take a look at the large areas of high pressure dominating the New Zealand area, especially northern NZ and how La Nina may not be long lived or powerful enough to bring in too much wet weather.

Still, it has formed and we do see some increase in northern low pressure later into October.

For Auckland’s water shortage crisis it’s more bad news – at least for the first half of the month. However some indicators show some normal rainfall may return – but it’s not locked in yet. Many regions look fairly dry to begin with this month – and milder than normal too not just in October, by likely for the rest of 2020 overall.