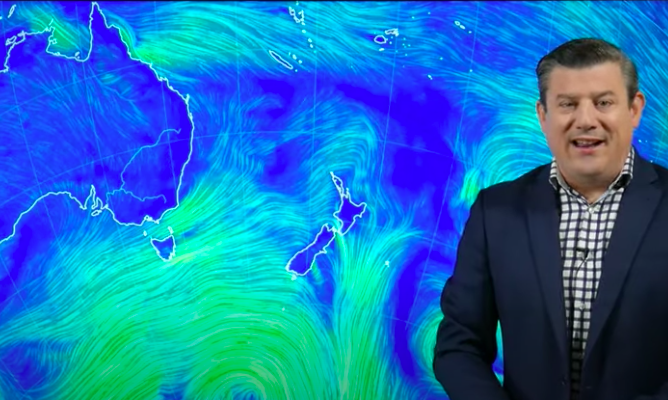 New Zealanders have fairly typical westerlies this weekend with a few showers in the west and mainly dry in the east and north.

Meanwhile a very powerful high is moving into southern Australia, but will bring a cool showery sou’easter to Sydney and Brisbane next week – before reaching NZ in about one week from now bringing a likely settled weekend next weekend (not yet 100% locked in though!).