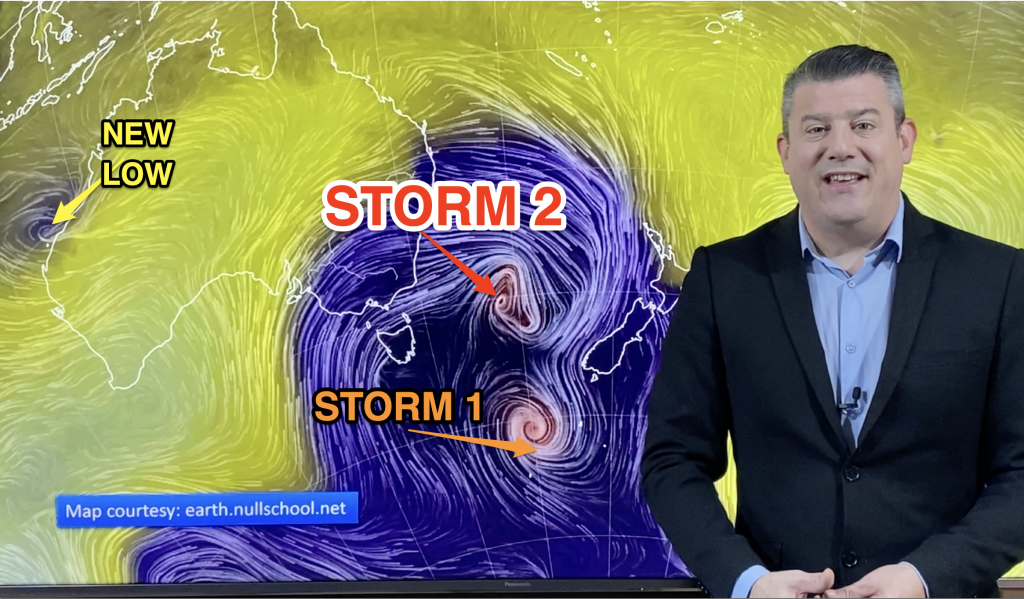 The weather around NZ and Australia is extra busy today and the days ahead with Storm 2 heading towards NZ.

WeatherWatch.co.nz has nicknamed the two storms with Storm 1 yesterday named “May” and storm 2 developing today and peaking tomorrow named “June”.

Storm 2 (June) will roar into the South Island on Wednesday – but then stalls there, unravelling slowly until Saturday when it falls apart and clears. Storm 1 (May) is now tracking away from NZ into the Southern Ocean and no longer poses a serious threat to mainland NZ.

Meanwhile Aussie has a wintry southerly on the backside of Storm 2 (June) – and this could see 50cm of snow in the mountains around Canberra / ACT. Snow flurries in the mountains may go almost as far north as Queensland!

Finally, another low pressure zone for WA will bring in heavy rain – with rain spreading as far inland as Alice Springs.

We have the full forecast to Sunday – and a sneak peek into what NZ can expect this long Queen’s Birthday weekend.