USA – A hurricane in January? Winter storm in the Atlantic 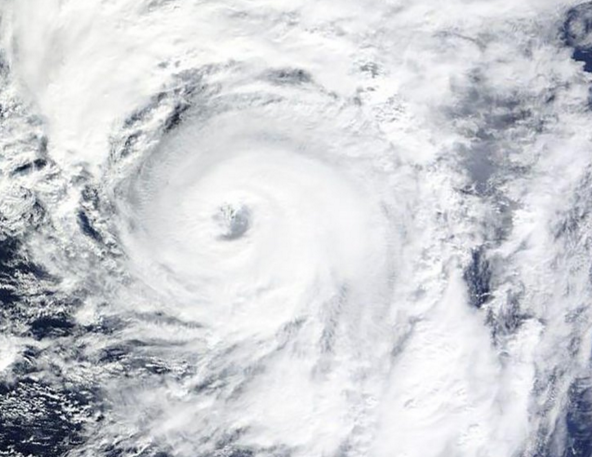 (CNN)It has been nearly four decades since a winter storm in the Atlantic earned a name, and the National Hurricane Center went a step further Thursday, upgrading Alex to a hurricane.

At 10 p.m. ET Thursday, Hurricane Alex packed sustained 80-mph winds as it spun some 275 miles (about 433 kilometers) south of Portugal’s Azores islands, parts of which are under a hurricane warning. Earlier the storm had maximum winds of 85 mph.

Tropical storm force winds already were reported in the eastern Azores, where it was early Friday morning.

Alex’s strength is surprising, because tropical storms thrive most over warm waters, something that’s unexpected in the North Atlantic in the middle of winter. The water was indeed cool — about 68 degrees Fahrenheit — but the air was super cold at minus 76 degrees and the 144-degree difference helped give the storm enough energy to be a hurricane, CNN Severe Weather Expert Chad Myers said.

The Atlantic hurricane season officially runs from June 1 to November 30, but that doesn’t mean tropical systems don’t pop up at other times, although it is infrequent.

Hurricane Alex doesn’t give a damn about your calendar, forms anyway https://t.co/HuibuZMCOn pic.twitter.com/hPc2znppAY

On Thursday night, the storm was moving north-northeast at a 22 mph clip. It should eventually turn north and pick up speed before going over the Azores on Friday morning, according to the National Hurricane Center.

The center said the storm showed signs of decay but should remain at its current strength through Sunday night.

About 900 miles from Europe and 2,300 miles from the United States, the Azores are marked by rolling green hills and volcanic peaks. The archipelago, which Portuguese navigators discovered uninhabited in 1427 and is home to the U.S. air base at Lajes Field, has a subtropical climate, with temperatures hovering year-round between 57 and 71 degrees F.

The storm is expected to dump 3 to 5 inches of rain on the islands, with 7 inches possible in isolated areas. That precipitation could spur mudslides and flash floods, while dangerous storm surges could produce flooding along the coast.

There’s no expectation Alex will directly strike the United States or Europe. Instead, it will likely head north toward Greenland.