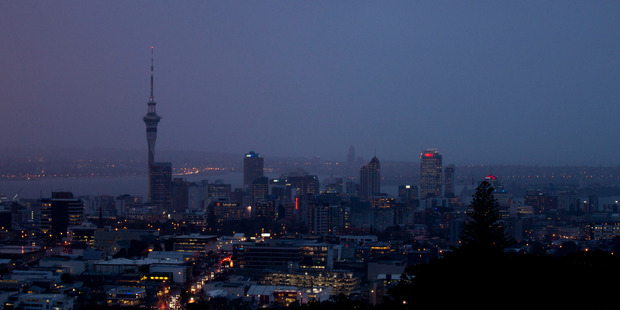 One woman, who did not want to be named, said a “massive amount of lightning” hit the road.

“We’re all a bit shaken,” she told the Herald.

Jeff Hadwin sent us this photo: “A shower of sparks from the wall socket and this fitting blew apart and ended up on the other side of the room, internet router fried!”

Mr Osmond said power to the entire street was cut for the night with damage due to be assessed this morning.

“There was no actual fire but there’s been some damage to electrical switchboards in the houses.”

Two houses in Ariki Place, Papakura were also struck by lightning and damaged.

There were no reports of injuries in either street.