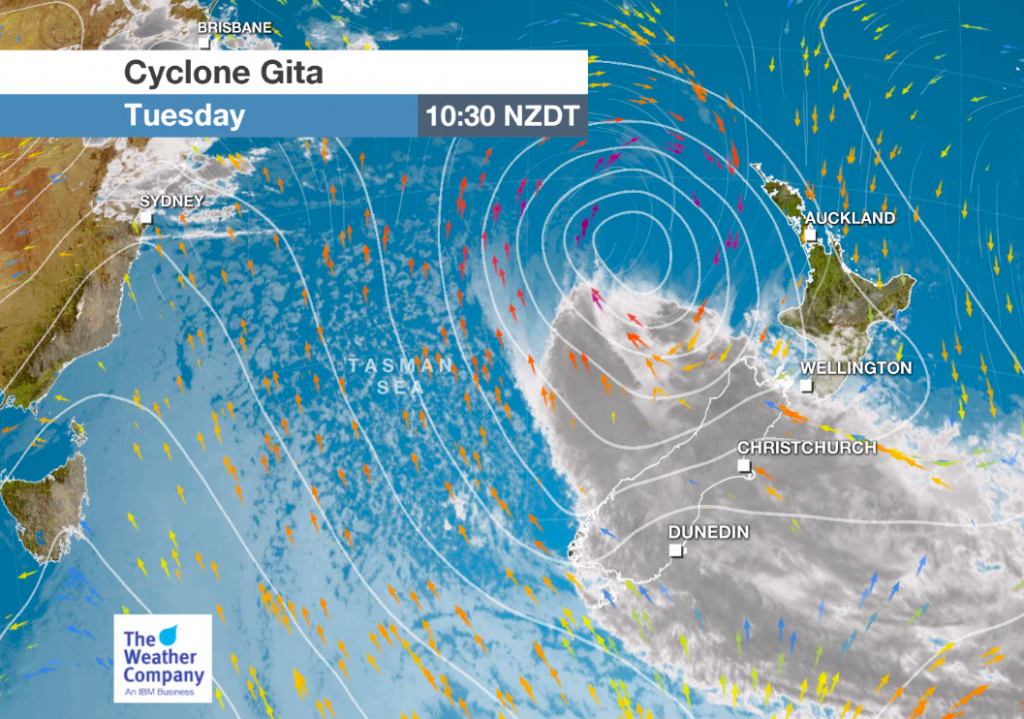 Complicated Cyclone Gita is now forming two centres after hitting the north western tip of the South Island with the main centre quickly zipping through the Cook Strait area and upper South Island and a secondary low is now forming off the West Coast.

This action will spread the energy but this intense storm – which did have Category 1 equivalent winds when it hit Taranaki and Cook Strait early Tuesday evening – is now very slowly falling apart. Gales are still howling through Cook Strait and rain is now tracking south down Canterbury into Otago.

The good news for Christchurch is that heavy rain is now easing, although the rain isn’t done yet (as the animation and map below show). The bad news is that rain, possibly heavy, is now heading to Dunedin.

WeatherWatch.co.nz says Gita is proving to be one of the most complicated tropical cyclones to hit New Zealand in a very long time.

Here’s the latest on what to expect overnight and into Wednesday. These maps and this animated video have been prepared exclusively for WeatherWatch.co.nz and New Zealanders by expert meteorologists at The Weather Company using the IBM Watson Super Computer. 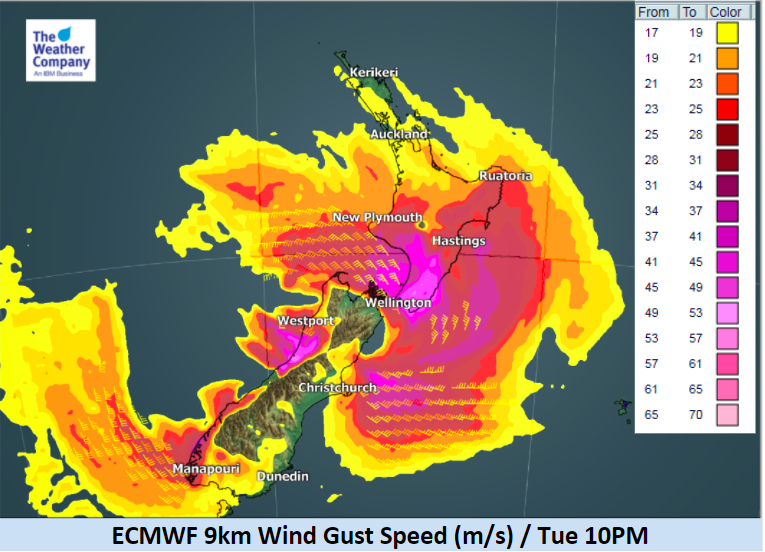 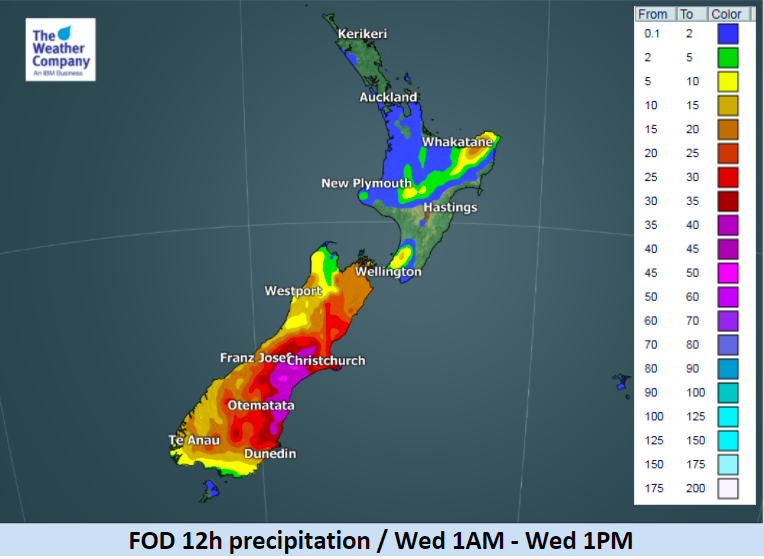