Home > News > Ula set to be downgraded as it moves ont...

Ula set to be downgraded as it moves onto NZ 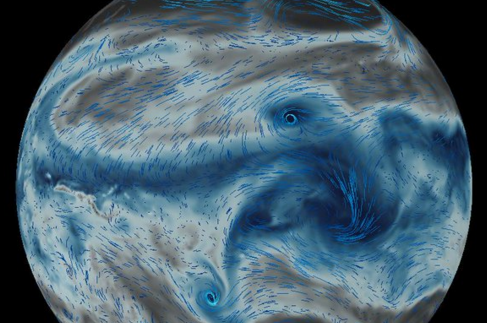 Cyclone Ula will likely be downgraded to a tropical storm by this afternoon as its first effects start to hit New Zealand.

The storm is moving south toward New Zealand from Vanuatu, leaving the small island with minimal damage.

There were fears Ula would wreak the same havoc as Tropical Cyclone Pam in Vanuatu, but the worst of the storm has missed the island nation.

An image of NOAA weatherView showing TCs Pali and Ula (& their winds) in the Pacific. More @ https://t.co/40TVH9vHBZ pic.twitter.com/H4tbI9ItPq

The weather service predicted Ula would be re-classified as an extra-tropical cyclone by this afternoon or evening.

Philip Duncan of Weather Watch said growing high pressure over New Zealand would help guide the cyclone to our east as it passes the country.

He said Ula was “still a serious storm — but not posing a serious threat to most New Zealanders”.

While the storm is expected to gradually weaken as it leaves the tropics and heads south today, it will still bring some rain to the upper North Island.

“Northland, Auckland, Coromandel Peninsula, and Bay of Plenty may all see some rain or showers today,” said Mr Duncan.

Strong winds will remain well offshore — but may affect boaties who are further out at sea.

“The weather can be beautiful at the beach, but dangerous rips, currents and random large waves can make some beaches unsafe, just for a day or two, so just take a little extra care,” said Mr Duncan.