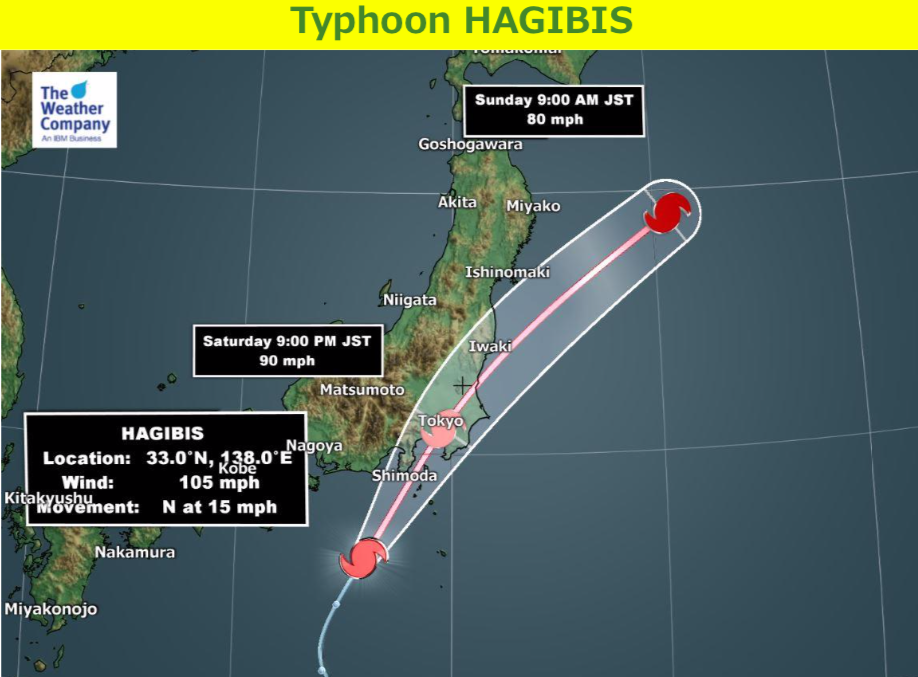 Updated 12:20am Sunday NZDT, 8:20pm Saturday JST — A major disaster is expected over both the coastal and inland areas of the Pacific side of eastern & northern Japan as Typhoon Hagibis bears down.
Hagibis could be a record breaker as far as powerful storms and damage are concerned in Japan.
Moreover, there are other warnings as shown below: 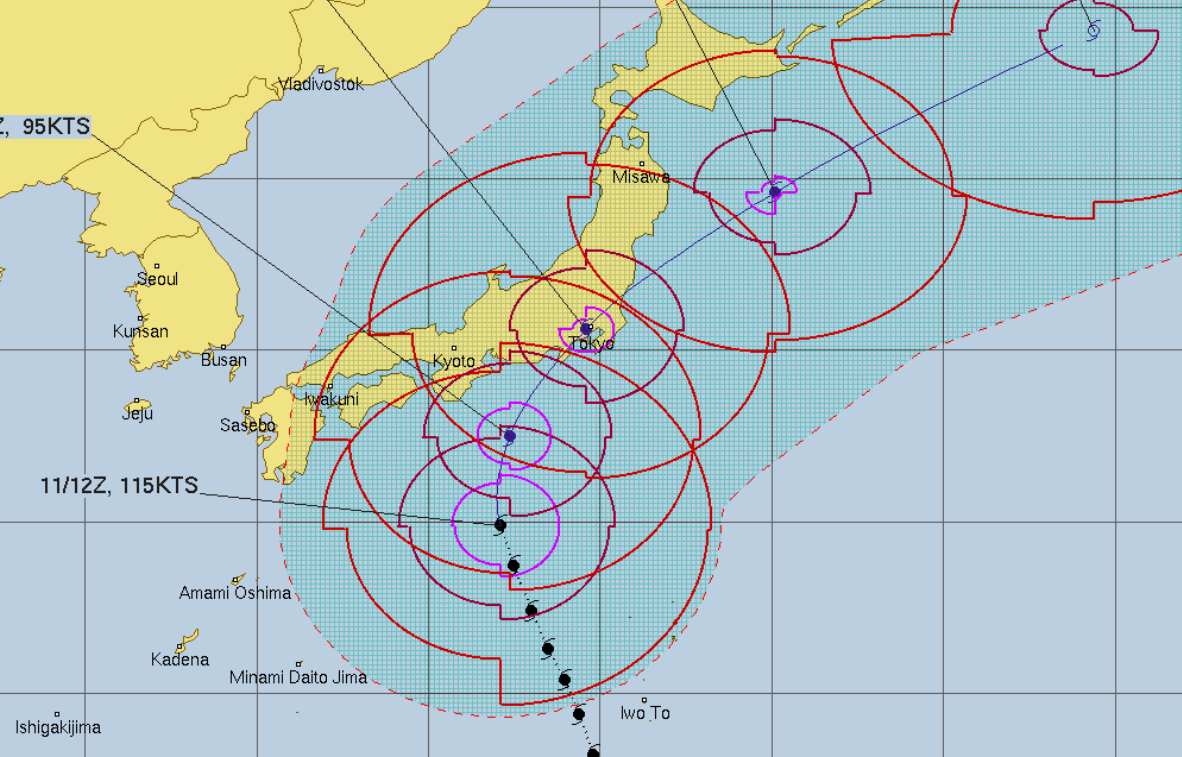 The latest tracking continues to show the centre of this destructive storm tracking directly over #Tokyo.

#BREAKINGNEWS: #TyphoonHagibis has made landfall in #Japan and is now crossing land. #Tokyo in the firing line. Full details here: https://t.co/vpdIZh37gH