Home > News > Two tropical cyclones near NZ may not he... 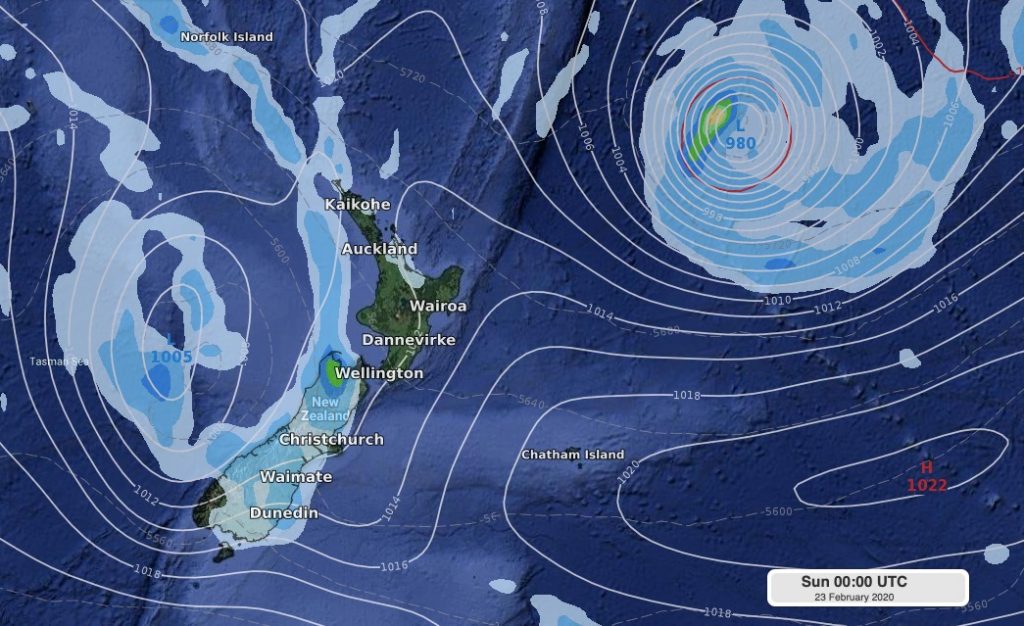 NZ Rain Update — Cyclone Uesi is now a severe Category 3 tropical storm as it moves closer to New Caledonia and WeatherWatch.co.nz is picking an even bigger Cyclone later this week to New Zealand’s north east.

Uesi is expected to drift into the Tasman Sea this weekend then around next Tuesday – in a much weakened state – it may brush the lower western South Island of New Zealand and unravel further. Then it may linger with the remnants of the remnants (that does make sense!) potentially hanging around for days and may even spawn a new low.

Meanwhile north east of Fiji this week a new low will form into a tropical storm. WeatherWatch.co.nz projects the storm will become a “severe” cyclone being in more favourable conditions to grow than Uesi currently is in. This second cyclone will likely drift south over Tonga and lie north east of NZ next week.

High pressure will dominate NZ, especially the North Island, acting like a protective bubble and, unfortunately, may block rain into the North Island for at least another 12 days.

This second cyclone may get close to NZ to the east – or it may track much further out to the east. It is not expected to make a direct impact to NZ other than affecting sea/marine/beach conditions.

While no immediate good news for the drought zones, there may still be some increased chances of showers or even rain in the final days of February and moving into March. The tropics are reaching peak activity over the next 2 months which increases the chances of rain in the dry north. 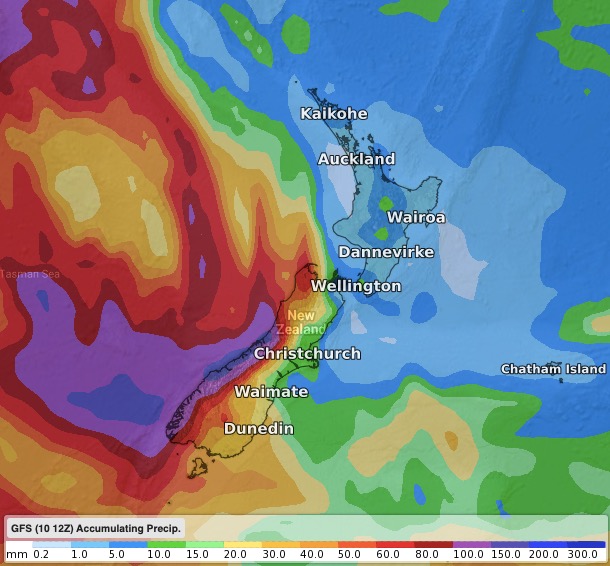 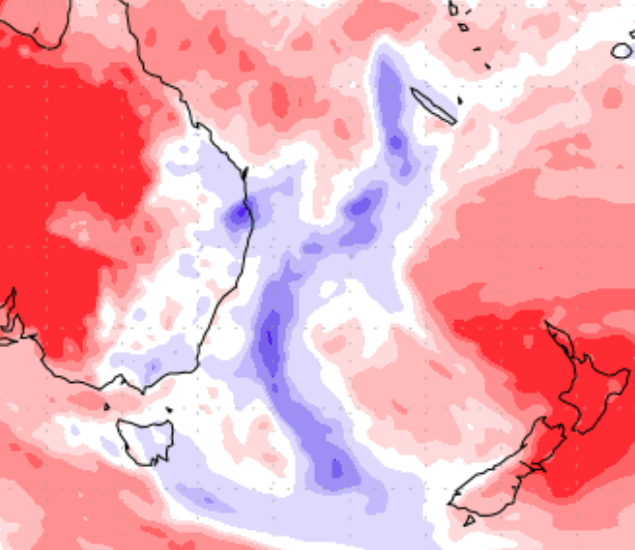 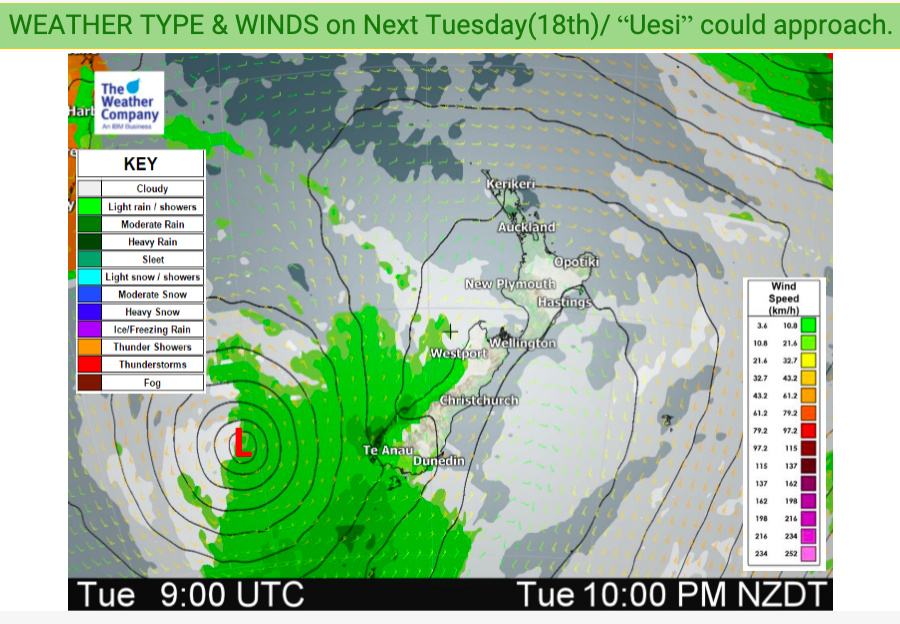 SUN 23 FEB – Remnants of Uesi to the west of NZ may spawn a new low. Meanwhile, to our east is another tropical cyclone…(not locked in for these positions yet being so far out). 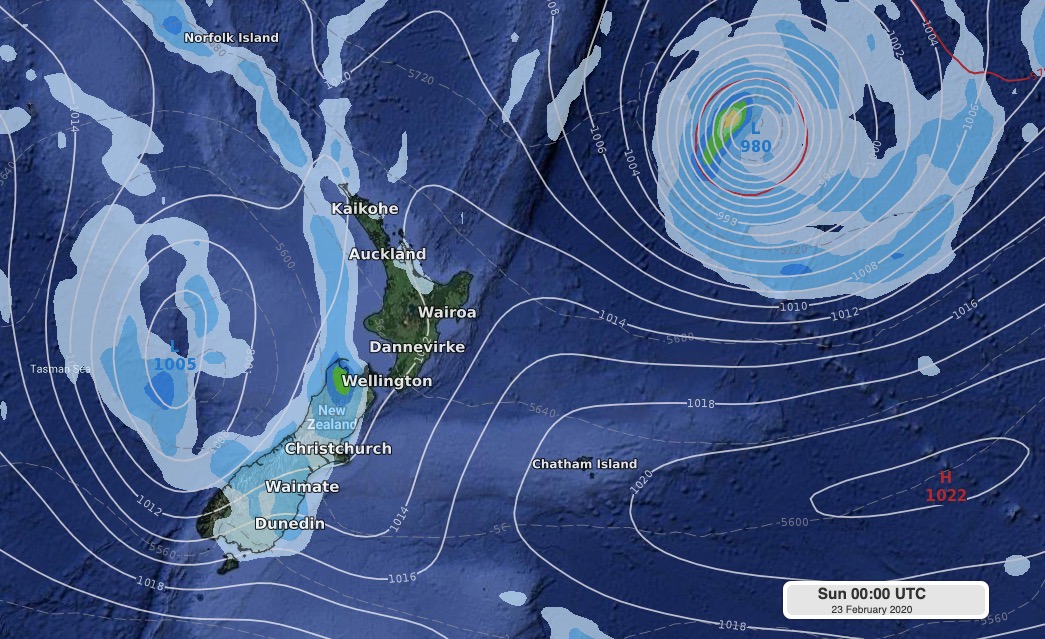 More WW sensational fake news – you reported Tues 12 Feb “an even larger cyclone is roaring into life east of Fiji” while NZ Met Office reports ” One or two lows may develop on a trough that extends east across the Coral Sea to northern Fiji and Samoa, and there is a LOW risk that a tropical cyclone may lie in the vicinity of northern Fiji to Samoa on Friday and Saturday”

Hi Steve, we accurately forecast this cyclone back in late January and we are still warning of another cyclone to form next week north east of Fiji. NEXT WEEK – not this week. The “low” risk is because Fiji Met don’t do extended outlooks – low risk only relates to their confidence looking out – not for any storm to form. There was also “LOW” risk for Uesi. Thanks for using our entirely free service and for accurately quoting us and keep an eye on the Fiji Met outlook – you’ll find over the next 7 days it will change.

Perfect clear accurate response Phil. Some of us appreciate the free service

Probably be complaining about the bush fires still raging