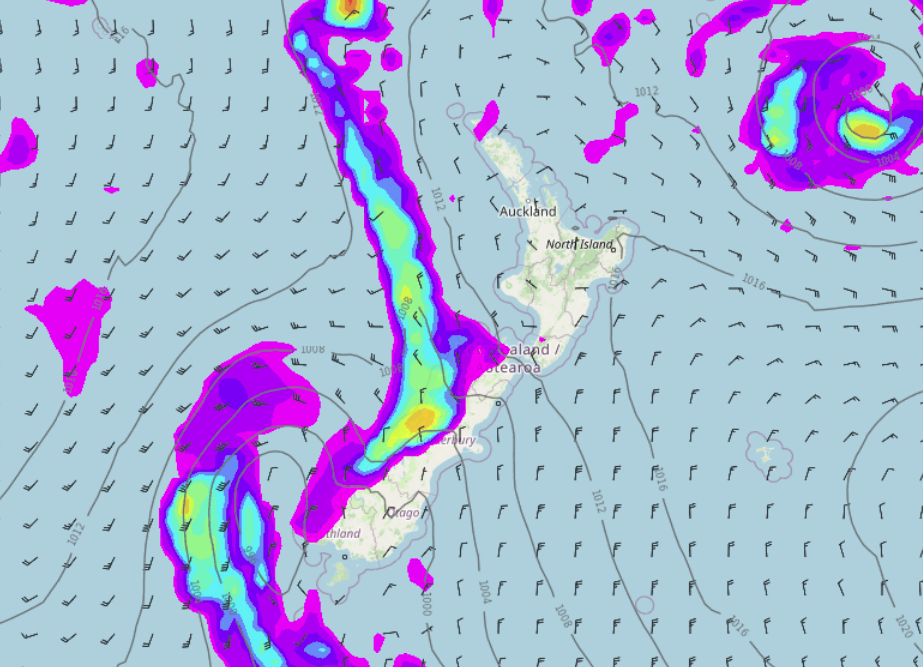 WAIKATO DUE TO HIT 27 DEGREES THIS AFTERNOON

Upper and western parts of the North Island have a warm afternoon on the way with temperatures likely to get into the mid twenties, some inland spots like Hamilton reach 27. The inner South Island has warm temperatures also getting into the mid twenties. Cloud and a few showers will mean South Westland is the coolest, perhaps not getting out of the late teens, it may hit 20 or 21 in some spots though.

A RIDGE CLINGS ON TILL THURSDAY

A ridge of high pressure stays with us today through to Thursday, this means we’ll be having mainly settled weather during this time. Still, areas of morning low cloud or fog are likely and some cloud about inland hills and ranges in the afternoons. Cloud affects the lower South Island and up the east coast through to Canterbury on Wednesday thanks to a week front. Also the odd shower may continue to pester Coromandel through to eastern Northland in an easterly airflow. Temperatures during the afternoons will be warm especially about inland areas.