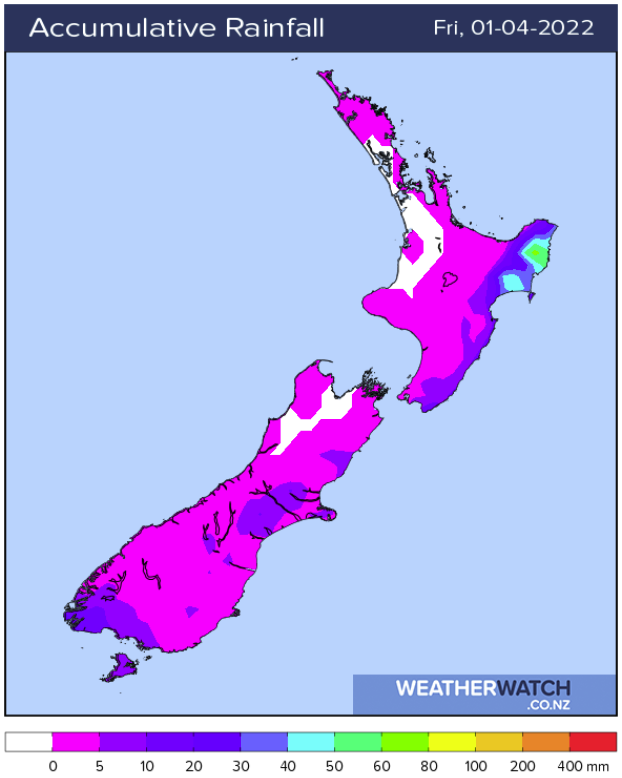 NO CHANGE IN TODAY’S WEATHER

The weather today is much the same as it was yesterday, rain or showers continue for the east coast of the North Island meanwhile out west it is sunnier and drier.

The South Island continues to see settled weather thanks to a ridge of high pressure but there is areas of cloud about, especially in the south and east up to about Banks Peninsula. Elsewhere sees some low cloud or fog this morning then again overnight with sunny spells by day.

A cold front is still due to move onto the lower South Island later on Thursday and bring some wet weather, unfortunately estimates have been pegged down a notch for some parts of Southland with Invercargill set to get between 5 to 10mm now. Tuatapere in the west of Southland may still get in the region of 10 to 15mm though. Showers clear on Friday morning.

Temperatures for the upper North Island are set to be warm for the next 7 days at least with highs in the early to mid twenties likely. As we get into the weekend temperatures may be on the lower side of that range thanks to cloud cover and perhaps showers or some rain.

Inland spots along the spine of the upper North Island running from Northland down through to the Waikato will consistently be the warmest during the afternoon’s while coastal areas will be a touch cooler.