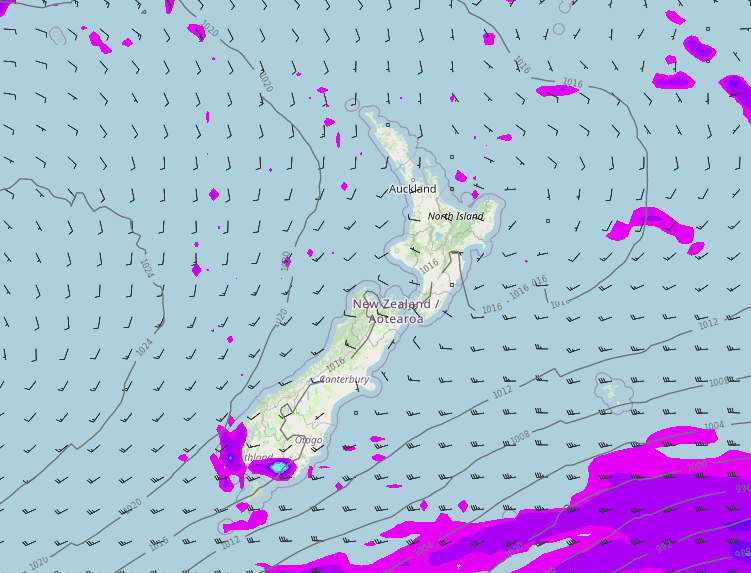 An anticyclone sits in the Tasman Sea today, the airflow moving around this high pushes in as a southwesterly over New Zealand but it peters out over the North Island.

Mostly sunny weather, from afternoon some cloud starts developing in the west especially Taranaki through to Kapiti then further north a little later on, perhaps even a light shower, winds from the west or southwest. Bay Of Plenty has mostly sunny weather, a few clouds from afternoon as light winds tend onshore. The east coast has a nice sunny day, some cloud develops about Wairarapa in the evening then pushes further north overnight.

The West Coast has a mix of sun and cloud, winds from the southwest. Nelson and Marlborough are mostly sunny after morning cloud / light showers break away, some cloud pushes back into Marlborough late afternoon or evening with drizzle. Canterbury has some cloud across the plains with light winds tending east to southeast in the afternoon, some inland spots like the Mackenzie Country have a sunny day after a chilly start. Mostly sunny for Otago after any morning cloud breaks away, cloud may thicken again at night. Southland and the Catlins have a bit of a cloudy day with occasional showers and southwesterly breezes.