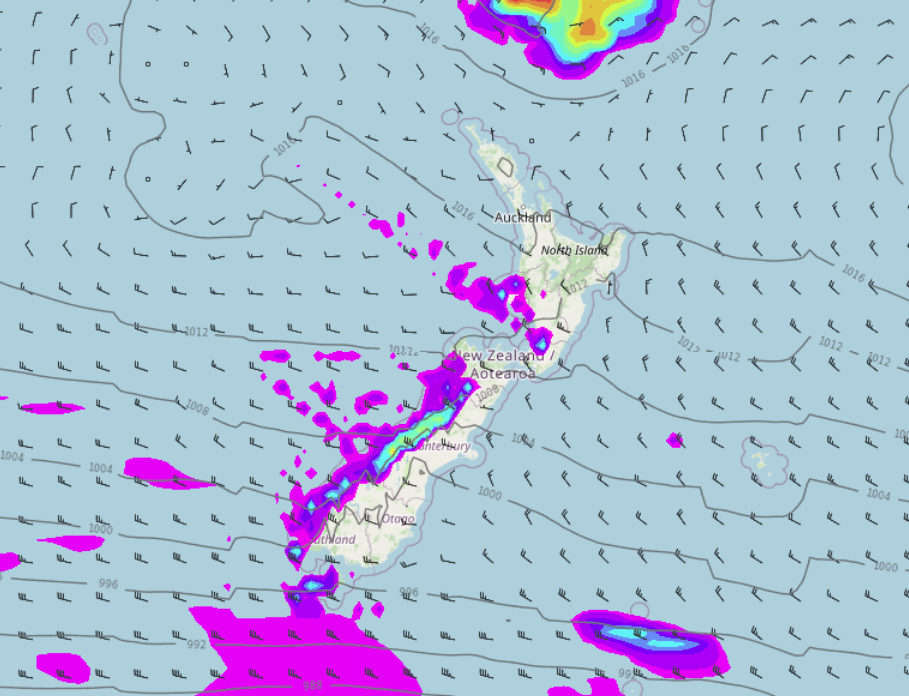 A cold front lies over the lower North Island today meanwhile another moves onto the far south, generally speaking we can expect showers in the west and dry warm weather in the east. Showers about the far south also.

Eastern North Island
Mostly sunny and hot for Hawkes Bay and Gisborne, there may be a touch of high cloud. Morning cloud for Wairarapa may see a spit or rain then clearing. Northwesterlies, perhaps tending northeast in the afternoon for coastal Hawkes Bay.
Highs: 24-31

Wellington
A few morning spits or showers then becoming mostly sunny in the afternoon, strong to gale northwesterlies ease later in the day.
Highs: 20-22

Marlborough & Nelson
Chance of an early spit or shower then mostly sunny, west to northwesterly winds, blustery and hot for Marlborough.
Highs: 24-27