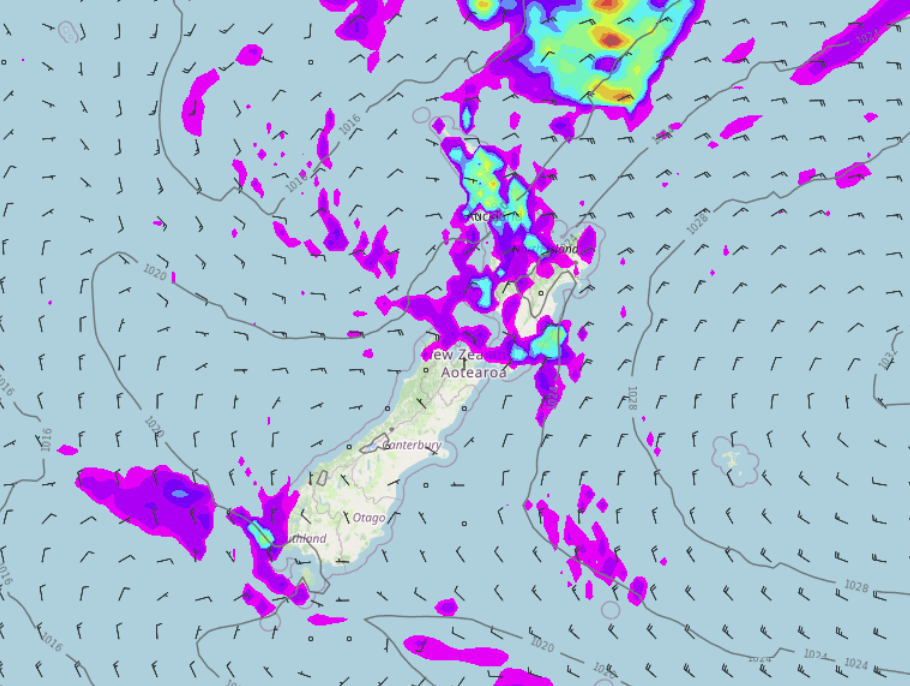 An east to northeasterly airflow lies over the North Island today, a ridge of high pressure lies over the South Island extending out from an anticyclone in the Tasman Sea.

Mostly cloudy today with east to northeasterly winds, breezy about some coastal areas. Wellington and Wairarapa may have sun this morning though. The upper North Island including East Cape and Gisborne has showers, perhaps some rain feeding in about southern Northland or Auckland, especially in the east. Northland may see sunny spells, perhaps an isolated heavy shower or thunderstorm. Morning showers about Taranaki clear away.

Mostly sunny but expect some high cloud, Fiordland and Southland area bit cloudy though, Fiordland sees a few showers. Some cloud also thickens in the northwest (Marlborough Sounds across to Buller) gradually today with a few showers pushing in from the north. Winds are mostly light.