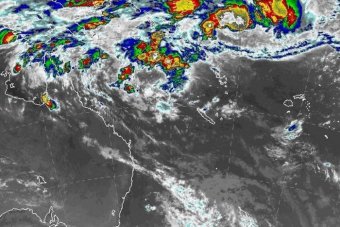 There is a moderate chance a monsoon trough in the Coral Sea could develop into a cyclone.

The Bureau of Meteorology said there was a 20 to 50 per cent chance the trough, about 700 kilometres off Cape York, could strengthen on Tuesday or Wednesday.

It would be Queensland’s second cyclone this year after Cyclone Marcia ravaged the central coast last month.

Senior forecaster Peter Otto said the system was likely to stay north of the larger population centres of the state.

“It is in a favourable environment to develop into a tropical cyclone so we’re watching that fairly closely,” he said.

“It’s not a certain thing to develop but it could be Tuesday or Wednesday moving towards the north coast of Queensland towards Wednesday or Thursday.

“Then the model scenario sort of varies in terms of where it wants to take it, either further to the west into the Gulf of Carpentaria or actually just off shore again.”