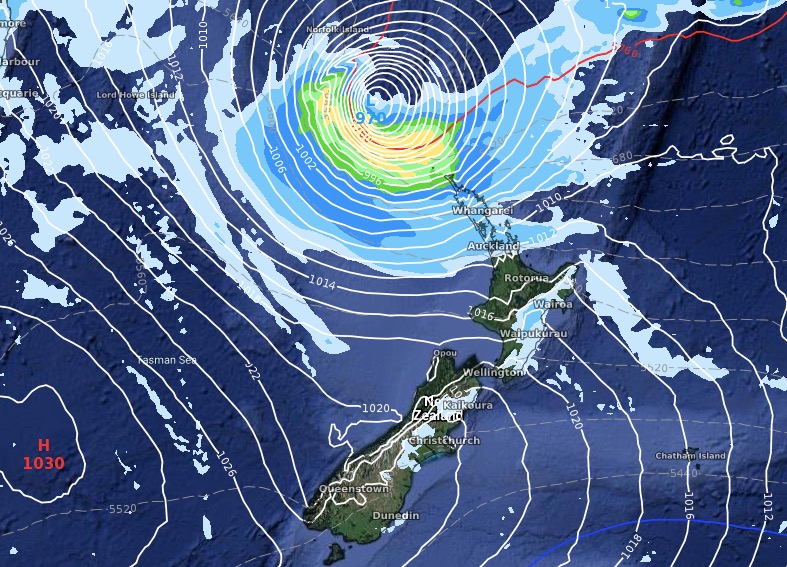 Computer models are lining up in agreement that a tropical cyclone will directly track towards New Zealand early to mid next week – but it’s not yet locked in if the storm will bring severe weather here, or just brush by to our north.

A large high pressure system over Tasmania early next week will play a significant role guiding this tropical low – if the high comes in faster or grows larger it could keep the tropical cyclone north of NZ. If the high weakens, or remains over the Tasmania area, it could allow the cyclone to directly move into New Zealand.

The rain would be very positive and likely end the droughts – but it could also be too much of a good thing with increased chances of flooding, slips and wind related issues.

We’ll now have daily updates on this forecast as many of you are already tracking it in our various maps. The storm is likely to be named on Friday or Saturday by Australian forecasters.

MAPS FOR NEXT TUESDAY:
GFS: