Tropical Cyclone Oma’s future path not yet locked in 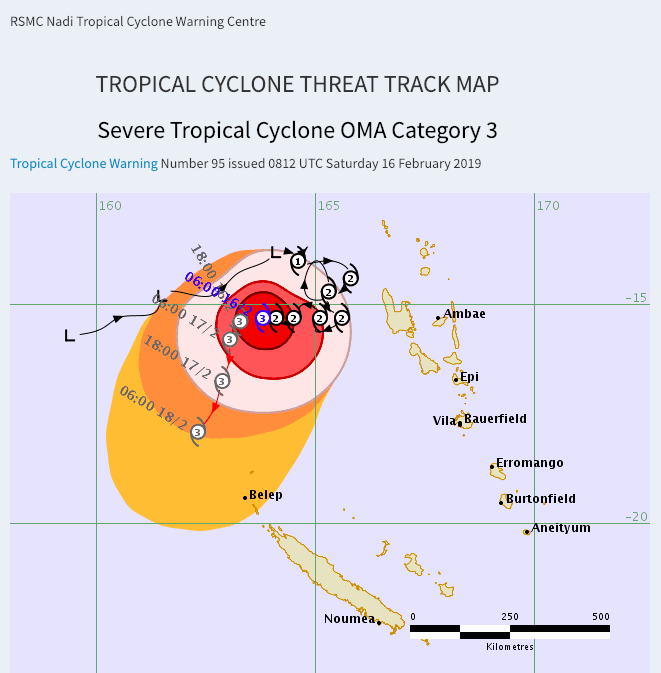 UPDATED 7:41pm — Tropical Cyclone Oma was upgraded to a Severe Category 3 storm on Saturday evening but has weakened a little back to a Category 2 cyclone as of Sunday PM.

Oma is likely to hover around the Category 2/3 mark for the next few days.

Two of the world’s most trusted cyclone computer models, GFS and ECMWF, are still not entirely in agreement about the future tracking of Oma but in the next 36 hours ahead we should have a better idea as to whether or not the first tropical storm of the year to bring some level of threat to New Zealand will make a direct hit or be guided in another path.

It is a complicated week ahead with a number of different options:

ECMWF was on Saturday supporting a Queensland landfall but on Sunday has shifted it more inline with GFS for a time – but then reverses, going against GFS. Both agree that a new low will form around the North Island next weekend along with a large high over Australia’s State of Tasmania which may help guide Oma (or Oma’s remains) further north of NZ.

The jury remains out on if a storm will hit NZ, but based on both ECMWF and GFS this evening WeatherWatch.co.nz has a 40% confidence of some severe weather related to Oma, even if the storm itself doesn’t directly come in to New Zealand. GFS (the maps we mostly display at WeatherWatch) shows a higher chance of the storm directly hitting, while ECMWF is showing the high over Tasmania pushing in and weakening the low north of NZ – maybe even pushing it back where it came from..

Either way, this is the first tropical storm of 2019 for those with interests in northern New Zealand to monitor, but no storm is yet locked in with so many possible outcomes. One to monitor. 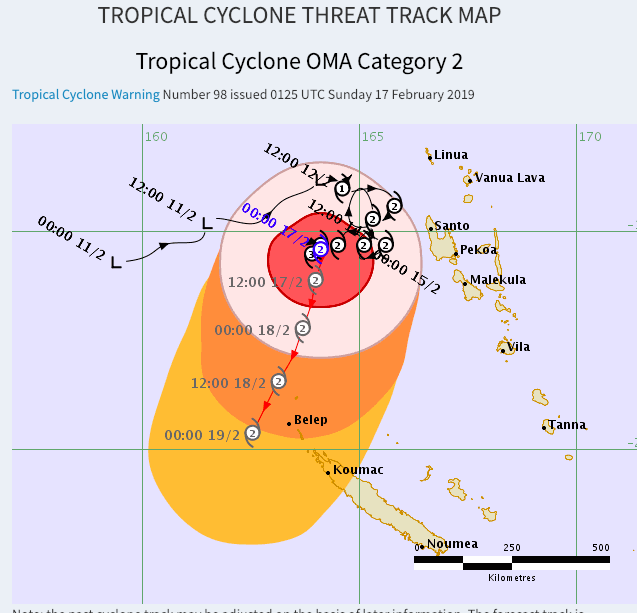