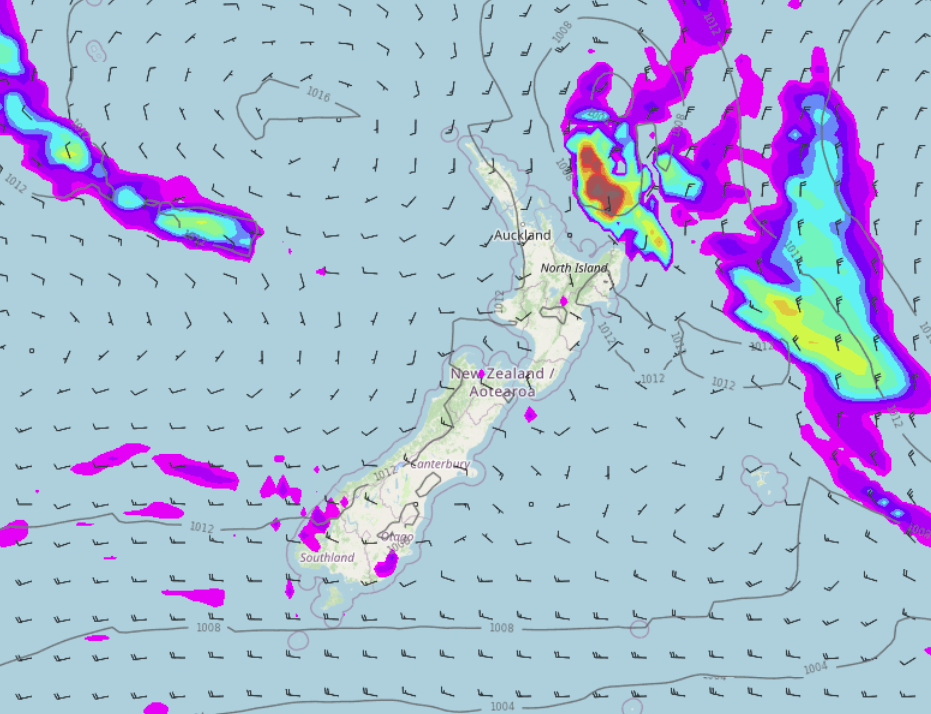 A weak front moves northwards over the South Island today, morning showers clear in the west, the odd shower or drizzle patch develops in the east. The North Island is fairly settled.

Marlborough & Nelson
Mostly sunny and hot for Marlborough then cloud develops during the afternoon as northwesterlies tend to the east. Winds are light for Nelson, tending northerly in the afternoon.
Highs: 24-30

Southland & Otago
The odd shower for Southland, a mix of sun and cloud elsewhere. Westerlies, tending a little more to the southwest in the afternoon. Winds breezy about the coast. Coastal Otago may have some morning sun then cloud thickens in the afternoon bringing a shower or two as light winds tend easterly.
Highs: 16-22