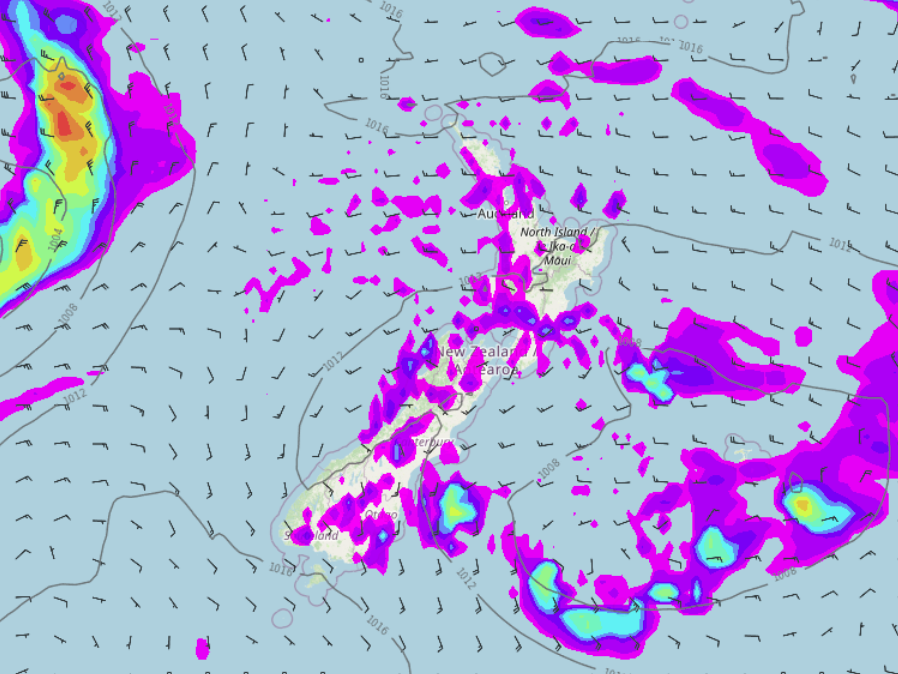 A westerly airflow lies over the North Island today meanwhile south to southwesterly winds are further south. Showers for most regions with some rain about Canterbury. Hawkes Bay and Gisborne look to be the driest spots.

Northland, Auckland, Waikato & Bay Of Plenty
Partly cloudy skies with occasional showers, conditions drying out late afternoon or evening. Bay Of Plenty is dry in the morning then chance of a shower in the afternoon / evening. West to southwesterly winds.
Highs: 15-17

Eastern North Island
Mostly sunny, some cloud at times. Wairarapa is mostly cloudy with showers and southerlies. A shower may reach into Hawkes Bay in the evening.
Highs: 13-17

Marlborough & Nelson
Mostly cloudy with the odd shower from afternoon, Nelson may have some sun this morning. South to southeasterly winds.
Highs: 12-14

Canterbury
Mostly cloudy with a few showers, some rain about South Canterbury spreading into North Canterbury in the afternoon (more so inland). Snow to 700m in the evening. Southwesterly winds.
Highs: 9-11