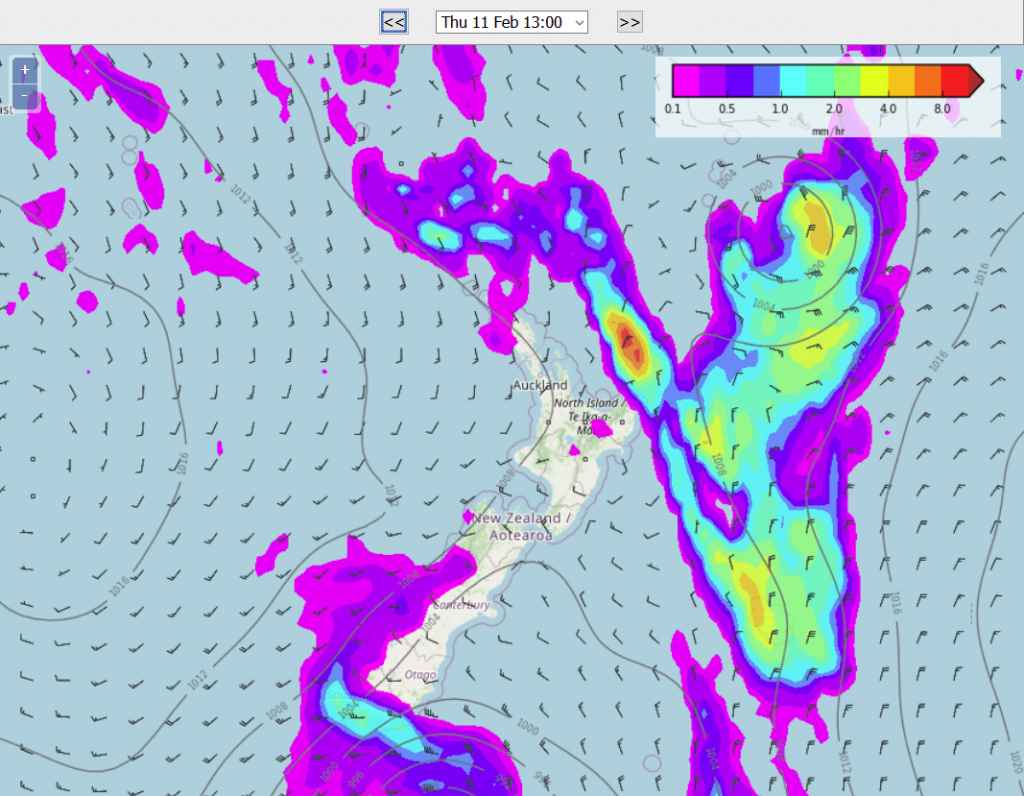 Mainly dry for the North Island today, isolated showers possible about the East Cape area this afternoon. The South Island sees showers ease in the west and south.

Warm Canterbury northwards in the east and most of the North Island, cool temperatures for the West Coast and Southland / Otago.

West to southwest winds are strong about the lower South Island today, gales can be expected at times then gradually easing from afternoon.

Northland, Auckland, Waikato & Bay Of Plenty
Morning cloud, perhaps the risk of a shower then increasing sunny areas from afternoon. About eastern BOP and towards East Cape there may be isolated showers afternoon / evening. Southwesterly winds, afternoon northerlies for BOP.
Highs: 21-26

Western North Island (including Central North Island)
Mostly sunny, there may be some morning cloud then breaking away. West to northwesterly winds.
Highs: 18-22

Canterbury
Mostly sunny with breezy northwesterlies, during the course of the afternoon winds ease and tend to the south. Cloud thickens evening then expect some overnight drizzle or shower activity.
Highs: 23-25

West Coast
Showers ease during the day, clearing evening. Rain heavy in the morning about Fiordland then easing. Westerlies tend southwest later in the day.
Highs: 15-18

Southland & Otago
Early rain eases to showers, dry areas increasing from afternoon about Otago. Showers clearing in the evening for all. Some sun breaks through later in the afternoon. Strong Westerlies (gale about the coast) tending more southwest after midday.
Highs: 14-19