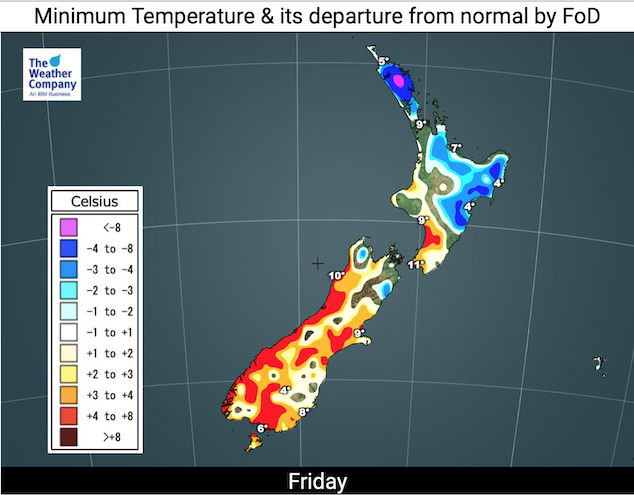 As a northwesterly airflow takes hold over New Zealand tonight most places see above average temperatures, just the remnants of a ridge of high pressure clings to the upper North Island bringing colder than average overnight lows as shown by the blue shaded areas below.

Warmer than average for most regions on Saturday, this is especially true for eastern parts. Temperatures in the high teens likely from Canterbury up through to Gisborne, perhaps even getting into the early twenties in some spots. The coldest temperatures, Fiordland on 11 to 12 degrees.