Temperature trends – another cold night for the North Island, very mild in the South 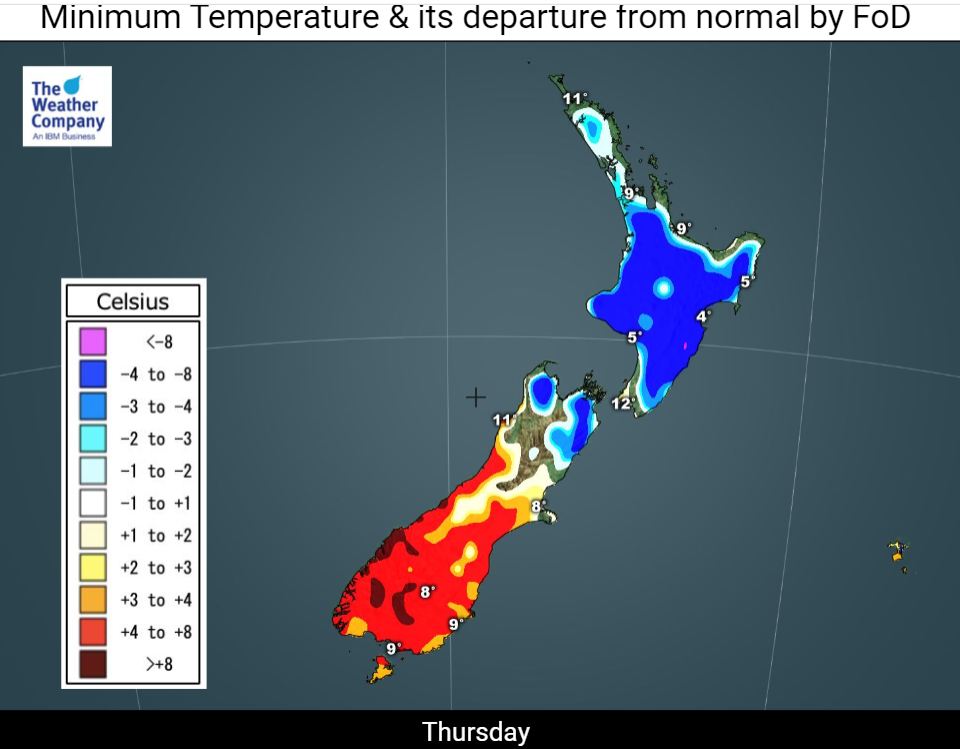 It’s a tale of two islands when it comes to tonight’s temperatures.

There couldn’t be a bigger contrast between North and South, thanks to a stubborn ridge of high pressure lingering over the former and a warmer northwesterly airstream blowing over the southern half of the latter.

North Islanders can expect another very cold night with frosts in many places. The exception to that will be the far north, some very coastal locations and Wellington, where that mild northerly wind will keep temperatures about average.

Nelson and Marlborough residents will also feel the chill again tonight, but south of a line drawn from Westport to Kaikoura it will be a much warmer night than of late.

Breezes from a weakening front and thick northwesterly cloud sheets mean overnight lows here could be more than 5degC higher than average for mid-May, a major reversal from some very frosty nights earlier this week.

Friday’s maximum temperatures will show much the same pattern across the country.

The North Island, under the anticyclone, will have afternoon temperatures a little above average by a degree or two. But most places in the South Island will be between 3 and 5degC or more warmer than usual, due to that light west to northwest flow.

Parts of Canterbury could even be knocking on the door of 20degC for a time.