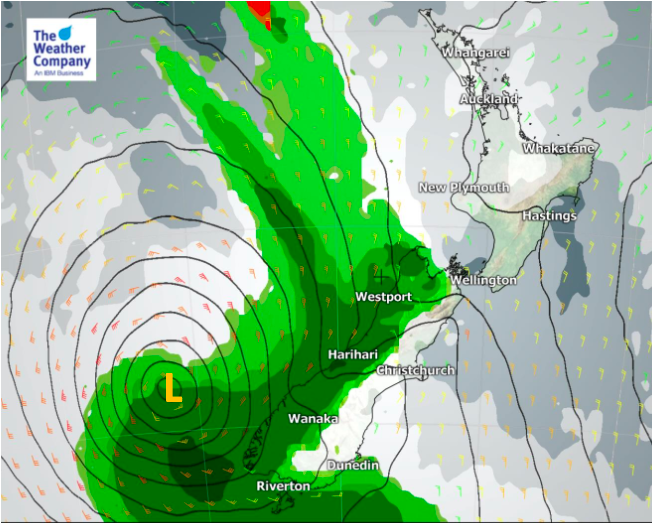 Ex-tropical cyclone Uesi will today move into the South Island and will likely make landfall in Fiordland and South Westland tonight, that’s when the centre is likely to cross land.

RAIN:
Rain will become heavier this morning on the West Coast but only patchy falls in some parts of Otago and Southland – otherwise large drier areas east of the main divide. The rain forecast for Southland and Otago may be a little revised down on previous updates from earlier this week in some parts. But rain will be heaviest later today on the West Coast with 150mm possible within 24 hours around the glaciers, which means flooding, slips and road closures are all possible. Refer to Government forecaster MetService for tax funded official warnings.

TEMPERATURES:
It will be warmer than historical averages today in many parts of the country and again overnight tonight, which in Canterbury and some other eastern regions will be a change from the colder than average to average Friday you had temperature-wise.

WIND:
Uesi will unravel tonight as it crosses the lower portion of the South Island (Fiordland, South Westland, Otago, Southland). You can track forecast barometric data and hourly graphs for your location by visiting www.RuralWeather.co.nz. (It may take several seconds to first load if you have slow connections).

It will again be a bit blustery around the North Island with gusts of 30 to 50km/h, but some exposed coastal areas may even have gales at times. This is a combination of Uesi moving through and high pressure departing creating a windier zone in the New Zealand area.

Strongest winds will be in the Southern Alps where gusts in the mountains will be between 120 and 150km/h but most main centres don’t look overly exposed to major winds, or most populated rural areas. Uesi will unravel quickly once making landfall tonight, with a much calmer Monday on the way nationwide in many places – although gales may still be possible through Cook Strait and around Stewart Island.

Check our the WeatherWatch.co.nz news feed late Sunday morning for our next Uesi weather and maps update for the South Island and nationwide. 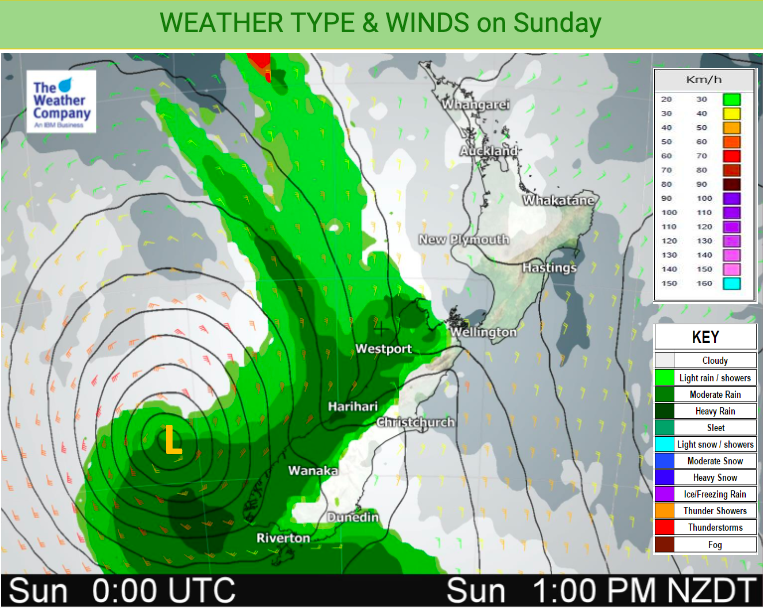 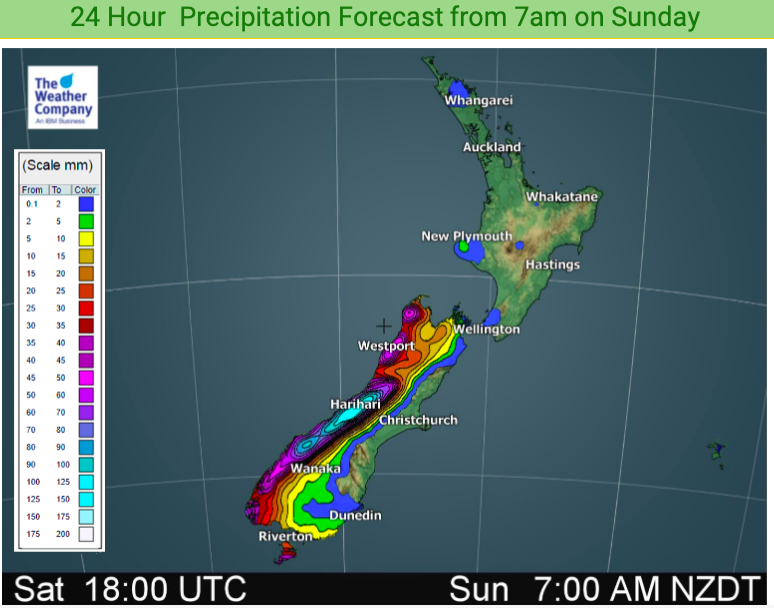 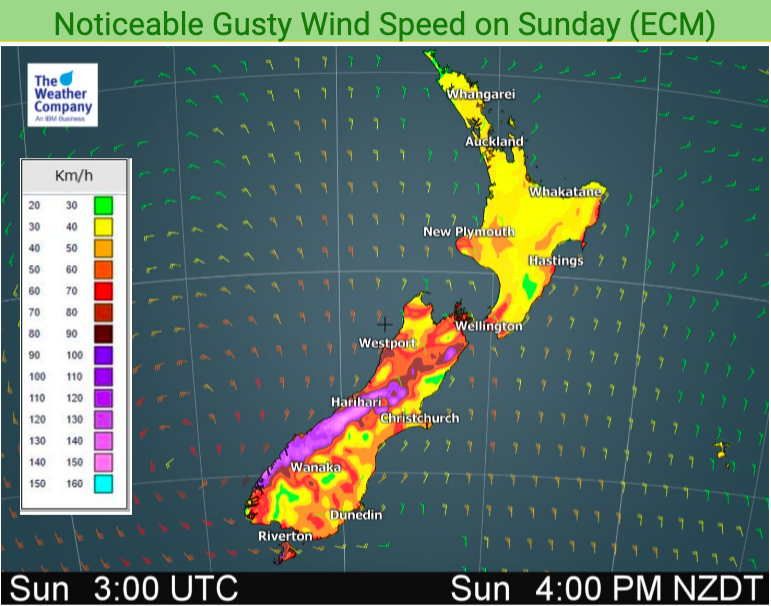 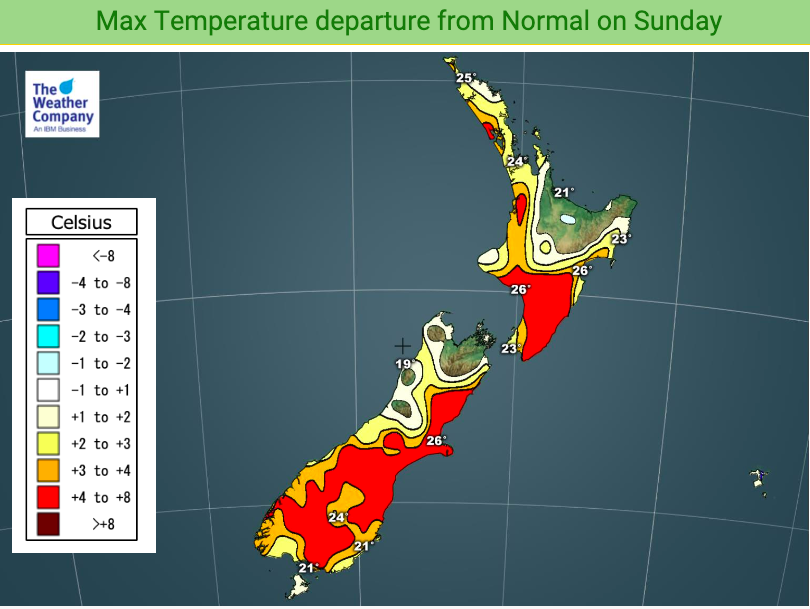 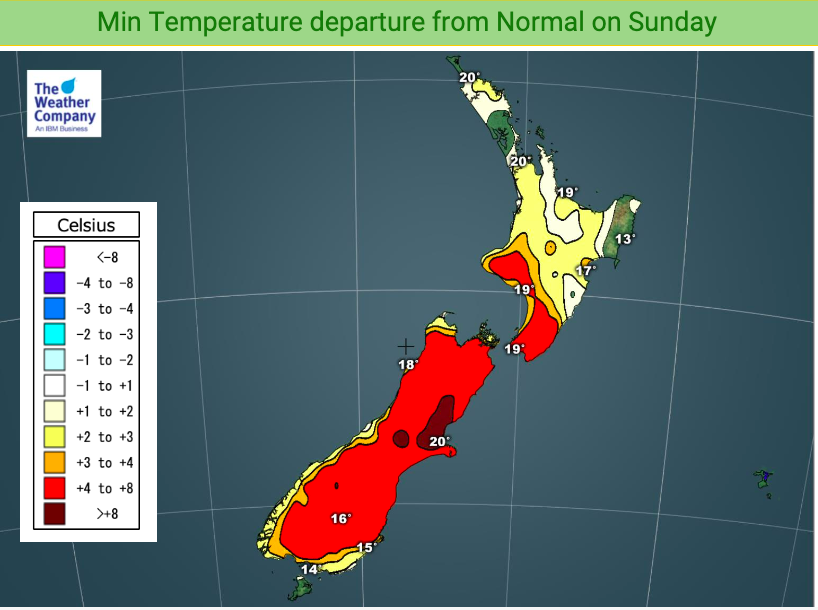 – WeatherWatch.co.nz for news, video and maps, RuralWeather.co.nz for the largest weather data site in New Zealand.