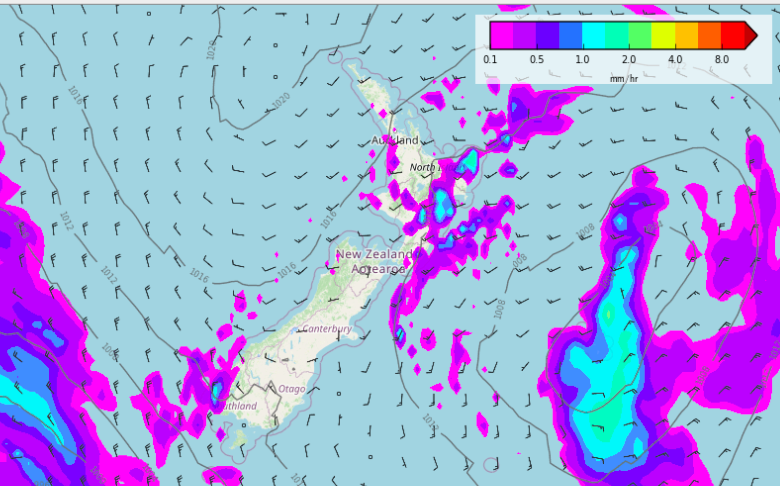 Sunday will be pretty settled across NZ although some wet weather lingers in eastern parts of the North Island in particular, while clouds build in the south west ahead of the next rain band.

The incoming rain band on Monday and Tuesday will be active – by that we mean heavy downpours, a chance of thunder, fast moving and it brings with it much colder air behind it. This active rain band will bring in some low pressure which will then deepen significantly off the eastern coastline of the South Island over Tuesday and Wednesday – driving in coastal gales to the east. This is why this low could also be classed as a ‘storm’.

To drill down deeper see your HOURLY details at both WeatherWatch and RuralWeather.co.nz.

NEW RADAR: WeatherWatch.co.nz and RuraWeather.co.nz (and soon our WeatherWatch App) now all have LIVE Rain Radar: Bookmark this page showing the latest real-time radar image at the same time as MetService receive it: https://www.weatherwatch.co.nz/maps-radars/radar/rain-radar-realtime

We’ll have another update before noon Sunday with updated maps and details – and more specifics on places most impacted.