Sunday’s forecast: Spring westerlies about to roar back across NZ (+9 Maps) 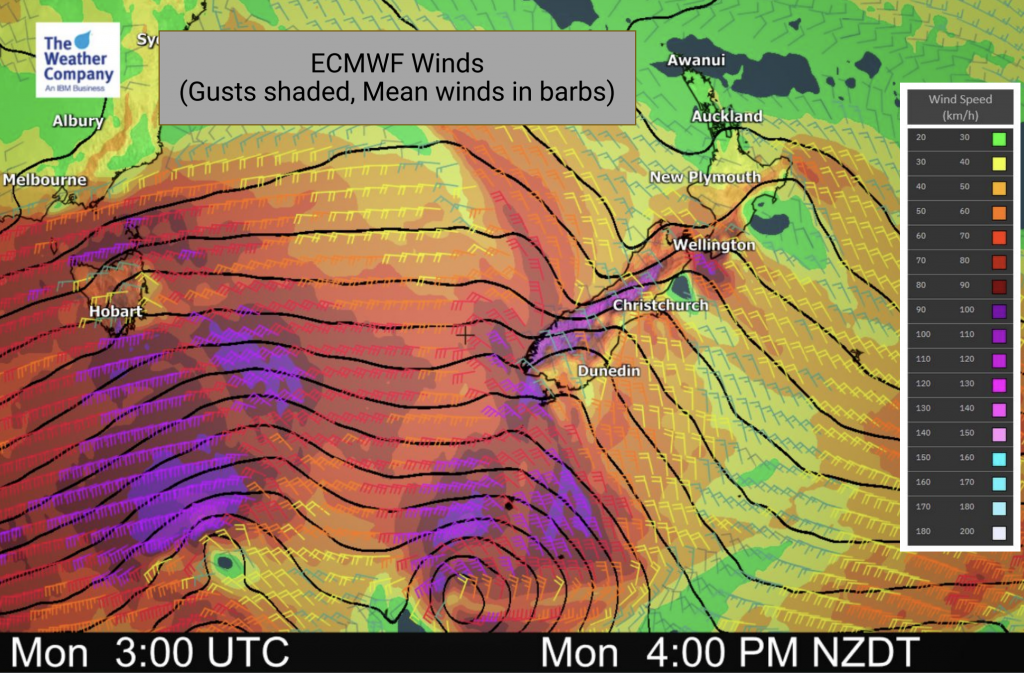 A late spring blast of westerlies is coming to NZ with severe gales expected through the South Island’s interior and the lower North Island in the hours and days ahead.

The westerly change is a reminder that our Southern Ocean weather pattern can dominate and push La Nina weather patterns aside from time to time, something WeatherWatch.co.nz talked about in our December & Summer ClimateWatch update.

The incoming weather means eastern areas will be drier and hotter, western areas cloudier and a little cooler with heavy rain on the West Coast, mostly in Westland and especially in Fiordland.