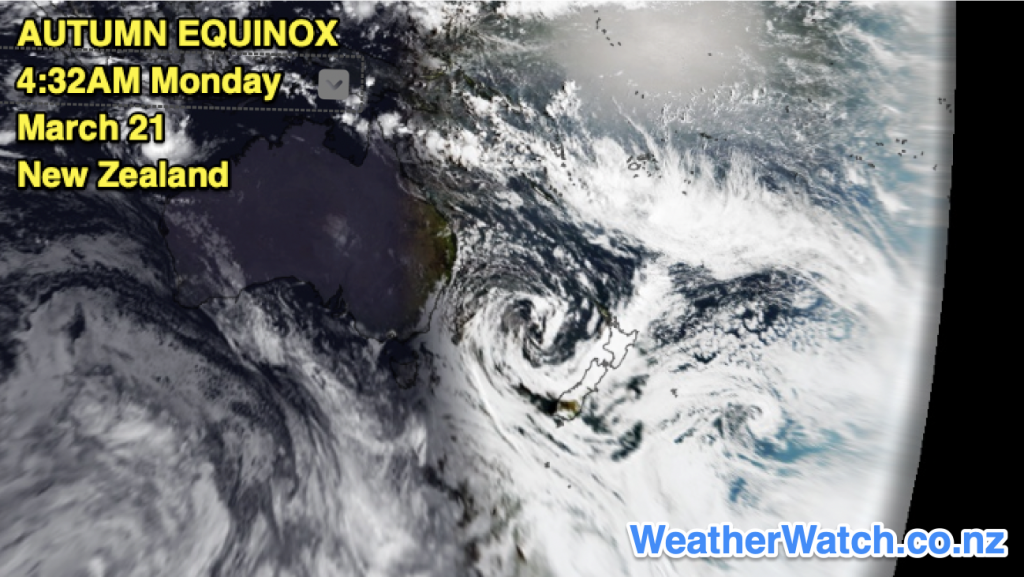 The equinox is when daytime and nighttime lengths are basically equal and after this point the Southern Hemisphere daylight hours are outweighed by the longer nights.

On the astronomical calendar the equinox marks the end of summer and beginning of autumn. (On the meteorological calendar summer ended on Feb 28).

It’s worth noting that despite this time of year, Auckland had a Humidex/feels like temperature of 31C as of 3pm Monday.

Also, over the next two days in Southland – our region closest to Antarctica and the Southern Ocean – the air temperature will be in the mid to late 20s …and that’s in the shade.