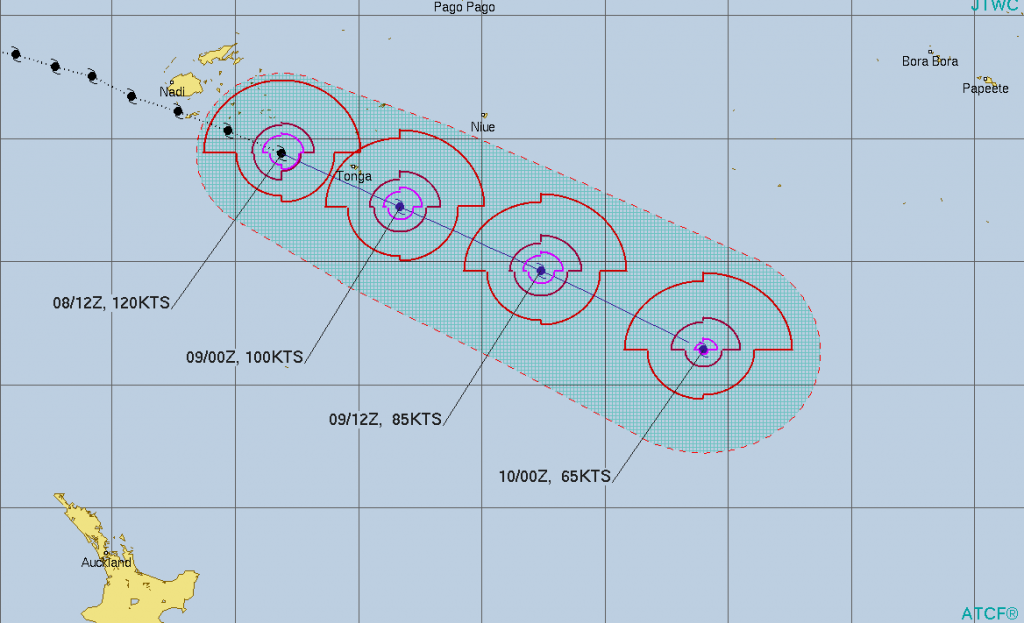 Overnight severe cyclone Harold strengthened further despite moving away from the equator and tracking south east towards Tonga.

It’s worse news for the small nation, no stranger to passing cyclones and ex-cyclones. However a Category 5 monster is rare. “It’s almost unheard of to see a cyclone tracking south away from the equator, weakening, then suddenly returning back to Cat 5 so far south” says WeatherWatch.co.nz head forecaster Philip Duncan. “Harold is tracking in a well known cyclone path and warm seas and ideal atmospheric conditions will be fuelling this storm”.

Harold gained power as it departed Fiji last night, moving away from land and over very warm sea waters just shy of 30 degrees. It’s here that it reenergised back to the most power level, Category 5.

There is some good news for Tonga today – the centre of the storm has remained south, meaning the most destructive part of the storm was just shy of the main island. The bad news is that coastal flooding could be ‘catastrophic’ in some spots and wind damage may have also been significant.

This afternoon Harold is quickly moving away.

This will be our final update on Cyclone Harold with no more nations exposed to the storm.

Incredibly, this will also be the first time WeatherWatch.co.nz has ever stopped daily tracking such a high end South Pacific cyclone, simply because it’s so far south and by the end of today will be no where near land and moving further out to sea. 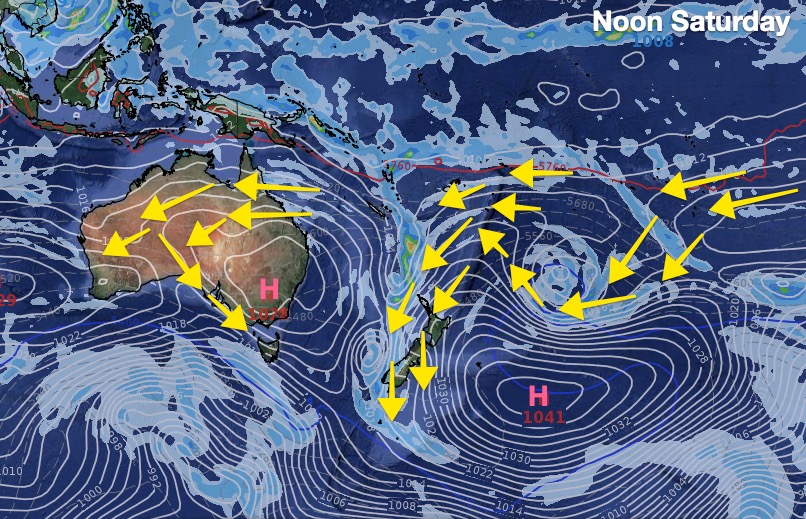 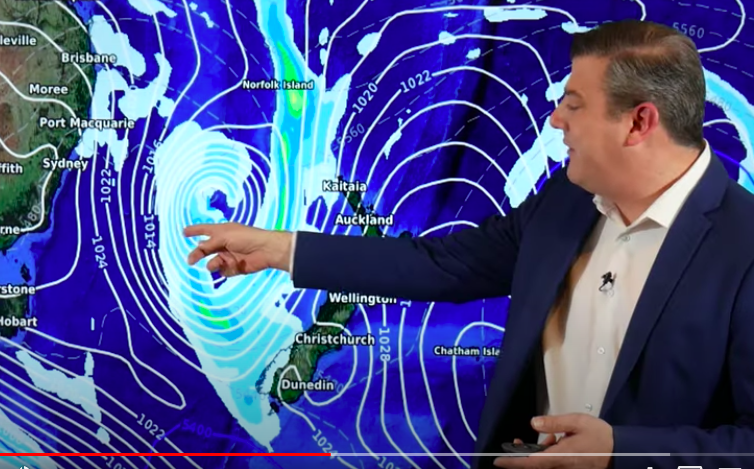 VIDEO: Sub-tropical winds to push NZ temperatures above normal for days ahead

We’re really in the depths of winter right now – but you wouldn’t really know it. The air pressure systems… 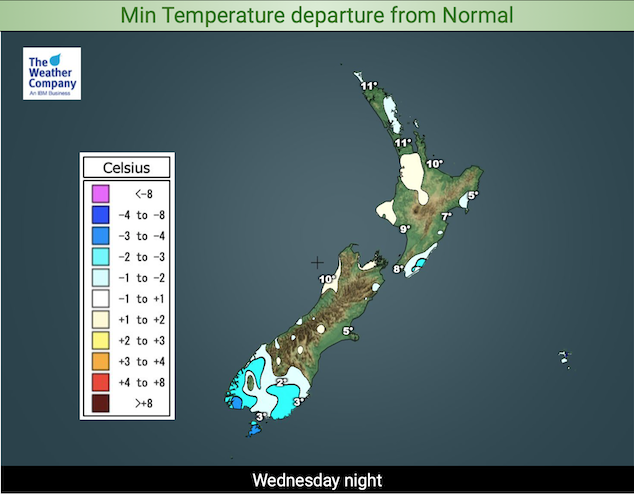 Temperature trends – Colder than average for the far south tonight

A cold southwesterly airflow lies over New Zealand tonight, temperatures are mostly average overnight considering the time of year but…