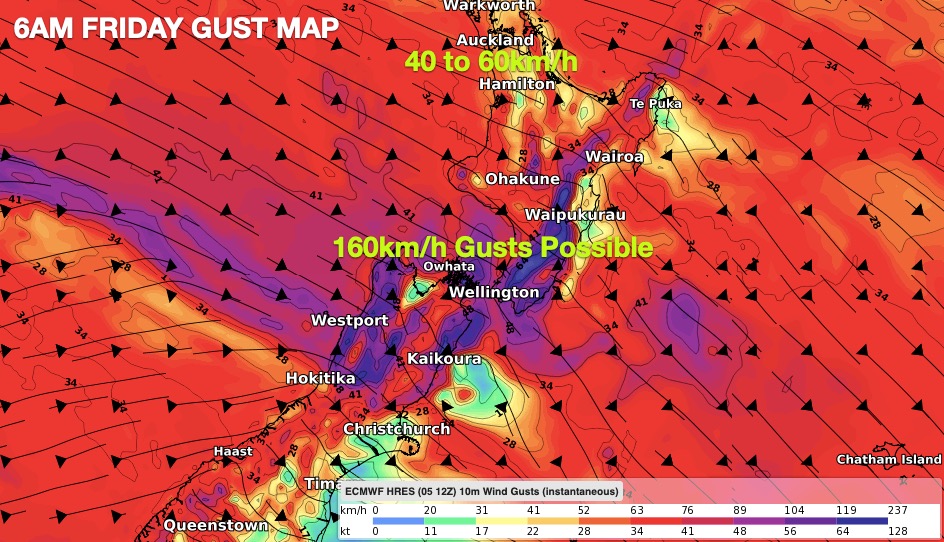 Heavy western rain, heavy southern snow, strong eastern and northern gales – and some sunshine in the mix too. Welcome to the first full week of September and the forecast isn’t flash, especially if you’re kicking off lambing right now. While NZ has stormy weather until this coming weekend, Australia is far more settled under a high pressure system so large it is wider than Aussie itself (and Australia is 4000km across!). This large high will also add to the windy spring westerlies impacting NZ.

Spring is all about winter slowly fading away and hints of summer slowly coming in. This weather is normal for September, even if there are plenty of severe weather risks people should be aware of.

The Situation:
Stormy lows out of the Southern Ocean coupled with a cold change out of southern Australia combine to bring a wet Tuesday to NZ, followed by a much colder Wednesday with severe gales off and on. A powerful high pressure zone out of Australia will contribute to NZ’s windier westerlies later this week.

Rain:
Heaviest on the West Coast, especially from Hokitika southwards where over 200mm is likely in the coming days.

Snow:
Heaviest through the Southern Alps with over 1 metre expected in the week ahead. Lower level snow flurries (light and unlikely to settle long) will also impact low levels of Southland, potentially into places like Lumsden, Balfour and Gore.

Sunshine/Dry:
Eastern NZ looks driest – and sorry Hawke’s Bay, that definitely includes you. Hawke’s Bay will get very little from this rain event – but instead will have gales, possibly damaging over 150km/h by Friday in the ranges.