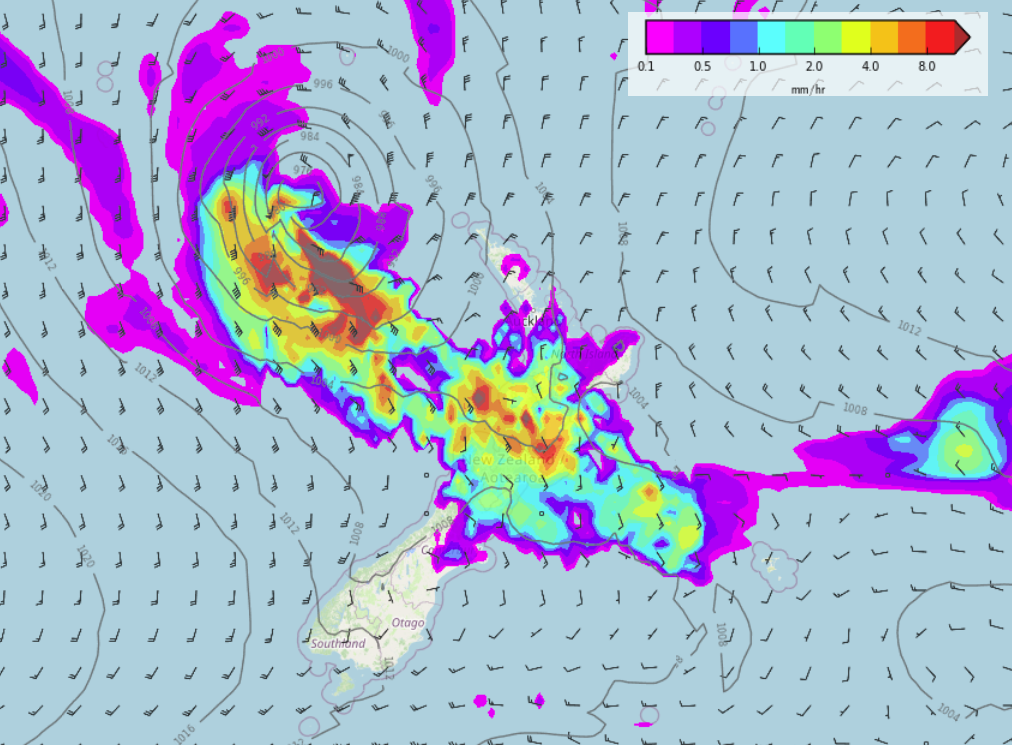 Northland, Auckland, Waikato & Bay Of Plenty
Hot, humid and mostly cloudy. Occasional shower also, perhaps an isolated downpour and thunderstorm in the afternoon for Waikato. Quite tropical feeling. North to northeasterly winds pick up later in the day, strong to gale overnight north of Auckland.
Highs: 26-29

Western North Island (including Central North Island)
Rain with heavy falls possible, especially the further south you go. Winds from the south although tending more to the north about Taranaki and the Central Plateau. Northerlies will be very humid.
Highs: 22-25

Canterbury
Cloudy with showers developing in the morning, rain from afternoon as light winds tend to the south. Rain becoming heavy in the evening for northern parts of North Canterbury.
Highs: 16-20

Southland & Otago
A mix of sun and cloud for Southland, chance of a shower mainly morning then again in the evening. Otago has cloudier skies with showers, especially in the morning then easing afternoon. South to southwesterly winds.
Highs: 15-17