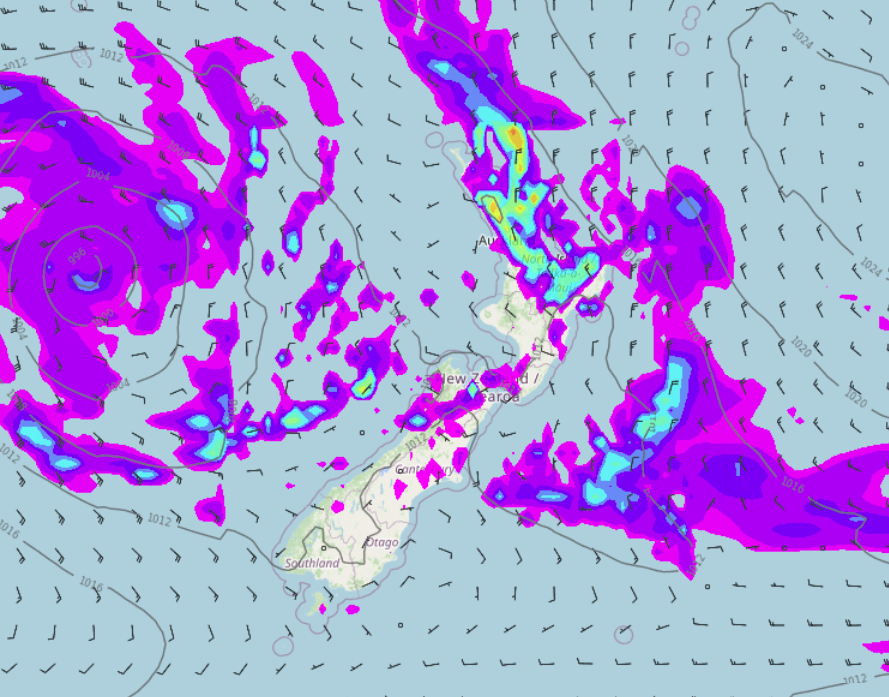 Northland, Auckland, Waikato & Bay Of Plenty
Morning rain eases to the odd shower and sunny spells, showers in the afternoon north of Auckland may become heavy with thunderstorms then easing evening. Rain may not ease about Bay Of Plenty till midday. Northerlies.
Highs: 17-18

Wellington
Morning rain eases to showers as northerlies change to the south, conditions becoming dry in the evening.
Highs: 12-15

Marlborough & Nelson
Rain may be heavy first thing then easing to the odd shower by midday, clearing at night. Light winds.
Highs: 13-15

West Coast
Mostly cloudy with some drizzle or a few showers, dry for South Westland but the odd light shower spreads in there late afternoon. Light northeasterlies.
Highs: 14-16