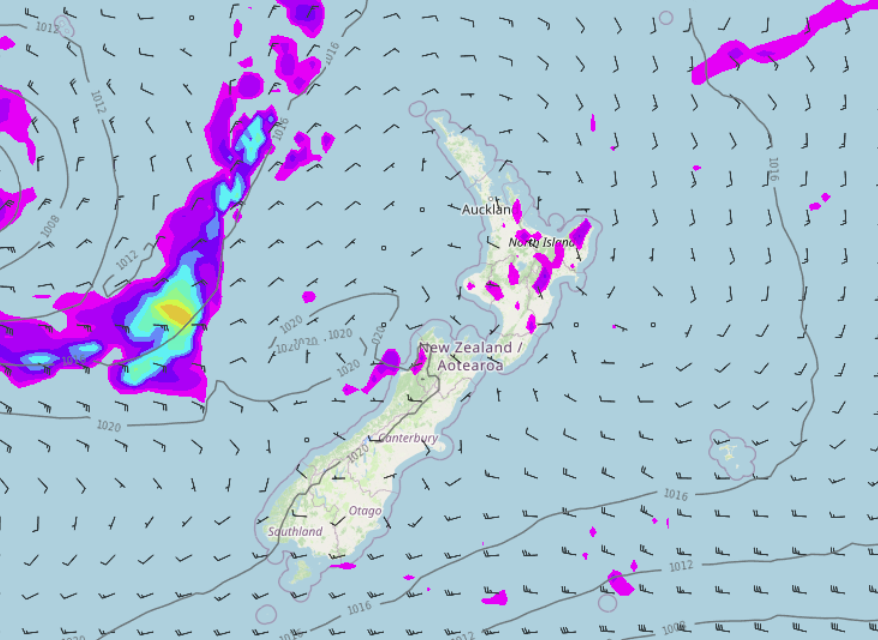 High pressure covers New Zealand today bringing mainly settled weather, there will be areas of low cloud or fog this morning though and again overnight. Also there may be a shower or two in the north and north of Greymouth in the south.

Eastern North Island
Low cloud or fog, perhaps some drizzle then cloud breaks to sunny spells, a few isolated showers possible in the afternoon about the ranges. Light winds.
Highs: 20-22

Wellington
Morning cloud then increasing sunny spells, southerlies tend to the north in the afternoon.
Highs: 18-23

Marlborough & Nelson
Mostly sunny but there may be some cloud morning and night, light winds.
Highs: 20-23

Canterbury
Mostly sunny but there may be some cloud at times especially morning and night.
Highs: 17-22

West Coast
A mix of sun and cloud with southwesterly winds, north of about Greymouth may see a few showers.
Highs: 20-22