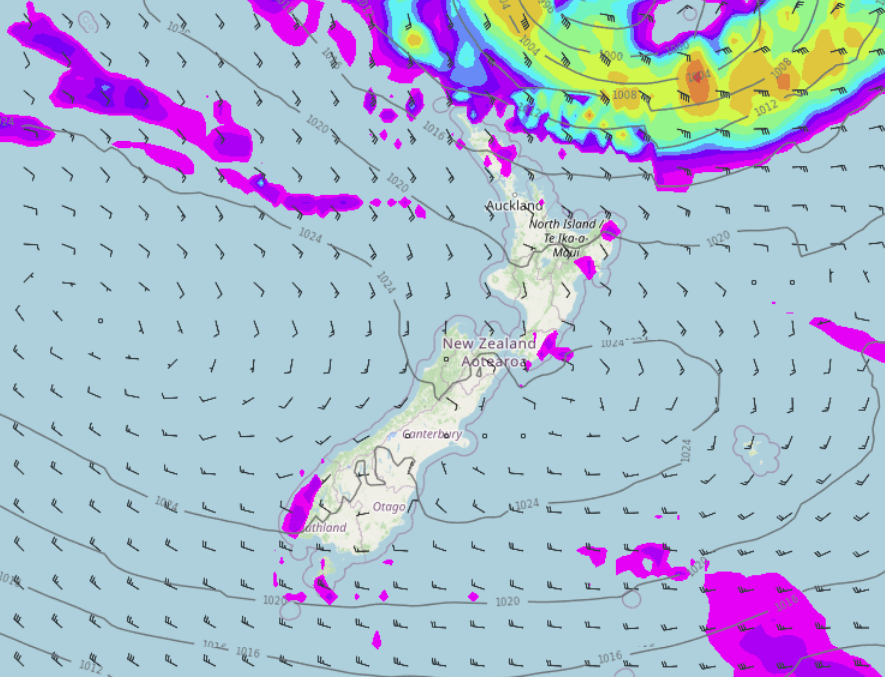 It’s mainly settled for New Zealand today with an anticyclone lying over the South Island and a southeasterly airflow further north.

Most regions are fairly dry today but we do have a few showers for the eastern North Island, also the odd shower about Northland through to Coromandel.

Northland, Auckland, Waikato & Bay Of Plenty
Plenty of high cloud, a few showers for eastern Northland through to Coromandel in the east, the odd shower may spread into other areas Auckland northwards after midday. Southeasterly winds, freshening about eastern coastal areas from afternoon.
Highs: 18-19

Canterbury
Any morning cloud clears then mostly sunny, cloud may develop again in the evening about the coast. A frosty start for the Mackenzie Country. Light afternoon east to northeasterly winds.
Highs: 12-14

West Coast
Mostly sunny with southerly quarter winds, southern Fiordland may see a few showers however then clearing up in the afternoon.
Highs: 13-16

Southland & Otago
Morning cloud for Southland with the chance of a coastal shower then sunny areas increase in the afternoon. Otago has a sunny day with a frosty start inland. Light winds.
Highs: 12-15